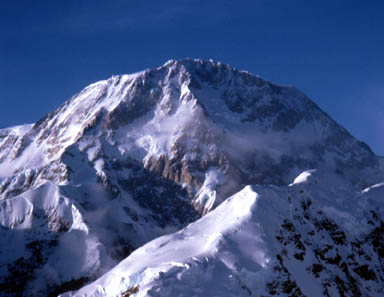 I haven’t posted an update on Nicki Branch in awhile, but that doesn’t mean she hasn’t been staying busy herself. Turns out, she just summitted Denali a week or so back, making that her third of the Seven Summits.

Nicki’s website sums up her philosophy for climbing the Seven Summits in a nutshell:

“Without a job after 26 years, losing her mother two months later and starting menopause, what’s a woman to do? Attempt to Climb Mount Everest, of course!”

So, that’s what she has set out to do, and as a warm-up, she’s knocking off the other six mountains first. She got things underway on Kilimanjaro back in December, and has also topped out on Aconcagua in January. Next up, she intends to climb Elbrus in August.

Congratulations on topping out on Denali Nicki! And even heartier congratulations for picking a dream and going after it. Well done!