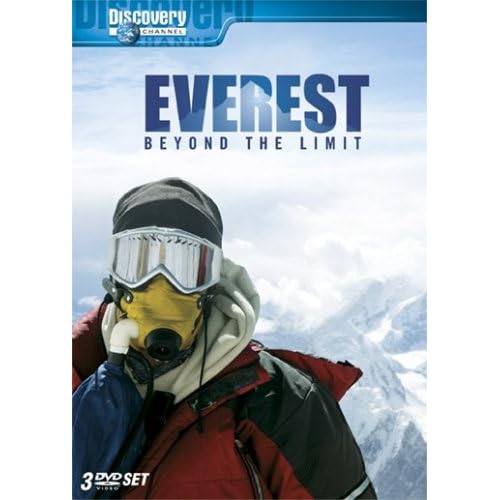 While watching Edge of Existence on Discovery HD Theater tonight I caught a promo for the return of Everest: Beyond The Limit. According to the commercial, the new season will being airing on Tuesday, Oct. 30th, at 10 PM Eastern/9 PM Central. For now, I’m going to have to take the commercial at face value however, as I can’t find anything on the Discoery website to confirm this.

In case you missed the show last season, it was a six episode mini-series on Discovery Channel that followed a team, lead by Himex as they attempted to climb the mountain. The show had it’s positives and negatives, but was generally enjoyable and fun to watch. They did a good job of showing how the team worked to summit the mountain, and also played up the unique personalities of each of the climbers. Let’s just hope they dropped some of the more cheesier elements of the episodes this time out, such as the whispers of “Ever.. Ever… Ever… rest… rest… rest” that permeated last season. If you’re interested in catching up on Season 1 before Season 2 launches, the episodes are available in a DVD boxset. And just in case you were wondering, yes, Tim the Biker is back this season.

Oh yeah, an done other cool nugget of info. It looks like they took my advice from last season, and have filmed the new season in HD! There was a note that said “Available In HD” at the end of the promo as well.

Updated: The show is now confirmed to return on the 30th, as Everest: Beyond The Limit, is now listed on the schedule for the 30th at 10 PM Eastern. The episode is entitled “Dream Chasers” and the description reads as follow:

Returning to the mountain for the second season we go deeper into the soul of the Everest experience. The climbers, a group of misfits and strangers face up to the reality of risking their lives as they experience fear, hardship, exhaustion and triumph.

Thanks to Renee over at Everest Is Ours for spotting it and confirming it for me.