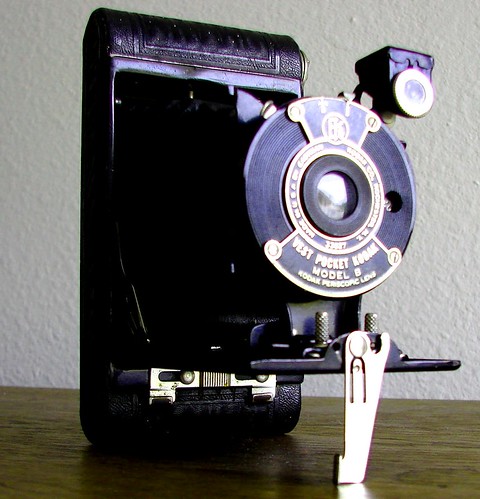 Earlier in the week I posted this story about Graham Hoyle’s newly proposed theory on how Mallory and Irvine could have possibly made it to the summit of Everest back in 1924, 29 years earlier than Hillary and Tenzing. The article sparked some discussion on the topic and lead to Jake Norton posting his thoughts, including some inisghts into the type of camera that Mallory had with him when he set out on that fateful climb.

Now, Jason over at The Adventurist has posted some great stuff on the camera itself, calling it the “Holy Grail of the climbing community”. Jason goes into detail on the camera, even going so far as to provide some technical specs on the camera itself, and the price, which in Mallory’s day was a whole six bucks. Definitely a good read, especially if you’ve been following the story.

Why is the camera so important you ask? Well, were it to be found after all these years, it is possible that it’s film remains unexposed, and it could, at long last, provide definitive evidence of Mallory and Irvine making it to the summit. Of course, it could have also been dropped on the way up, and it’s last photos are of the climb up. In which case, nothing would be solved. We’ll never know for sure though, at least not until that camera is found, which seems like a long shot at this point. Still, as we’ve said a few times it’s fun to speculate and think about the mystery.