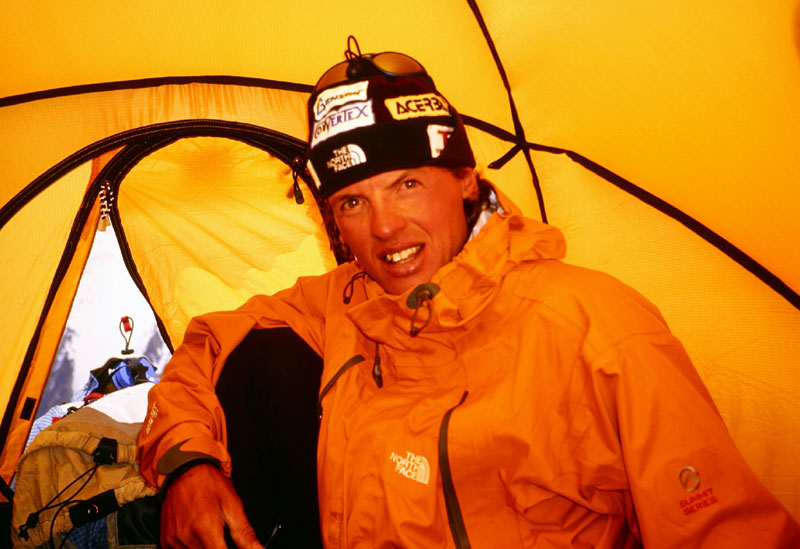 Explorersweb has posted an interview with Simone Moro who has recently announced that he’ll be returning to Broad Peak, along with his climbing partner Shaheen Baig, to attempt another Winter ascent on the mountain.

You’ll recall that the two climbers attempted Broad Peak last Winter, but were turned back by heavy snows, high winds, and generally poor conditions. They felt like they would have had a real shot at the summit had they actually arrived a bit earlier on the mountain, and to that end, this year they’ll arrive in Islamabad on December 30th.

In the interview, Simone discusses such topics as how he’ll approach this year’s climb differently (hint: his gear is already there!), the gear that he uses on the mountain, the route they plan to take, considerations for climbing in the Winter, and much more. It’s an excellent interview from a guy who had quite the impressive climbing resume.

Broad Peak, as with all the 8000m peaks in the Karakorum, has never been summitted in the Winter. Simone, who is a very experienced Winter climber, notes that Winter in the Karakorum is much worse than in the Himalaya, which is why all of those peaks remain unclimbed. Clearly he relishes the challenge of these off season climbs though, and he seems poised to make a real run at the top this year, weather permitting.

I’m sure we’ll be hearing much more about this climb in the weeks ahead. For now, both Simone and Shaheen are training hard, preparing for the expedition, and looking forward to another crack at Broad Peak.