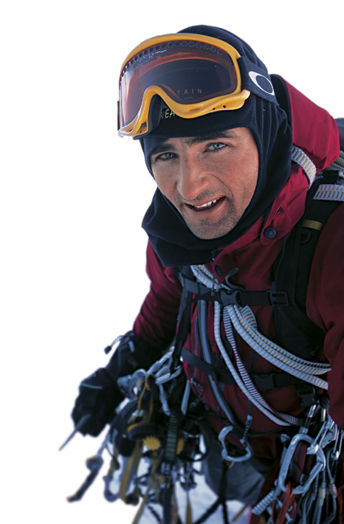 The Hardwear Sessions Blog is reporting that climber Ueli Steck has set a new speed record on the Eiger, climbing the Heckmair Route in 2 hours, 47 minutes, 33 seconds. This beats the old record, also held by Steck, and set just last year, by nearly 67 minutes.

Steck, a Swiss mountaineer, has been climbing the Eiger since he was teenager, and has quite a bit of experience on what is probably Europe’s most iconic big wall. In the post on the Hardwear Sessions, Ueli notes that his gear is 3 kg (6.6 pounds) lighter than it was last year, which helped him to climb faster. He also says his strategy changed from last year, when he had to belay himself three times, but this year he didn’t have to belay himself at all. He also reports that he was slowed at the base of the mountain, due to heavy snow in the area, which also cost him energy, but found the upper sections of the mountain, the areas that are more technical in nature, to be dry and easy to climb.

Congrats to Ueli! Another amazing climb. I can’t even begin to imagine how someone goes up a challenging face like the Eiger, a climb of more than 4000m, in less than 3 hours. Simply amazing.