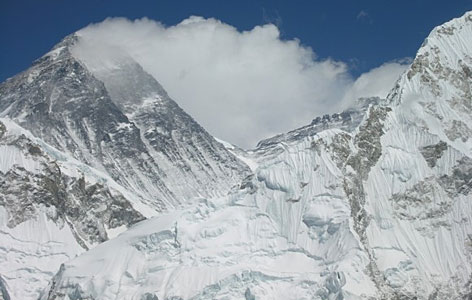 It’s been a busy day with more updates on the evolving situation in the Himalaya today, as the 2008 Spring Everest Season now looks to be a confusing mess with teams scrambling to decide what to do, in the wake of Nepal announcing that the mountain will be off limits above base camp for the first week and a half of May.

First up, Alan Arnette updates us with the latest news for his pending expedition. Alan and his team were scheduled to climb the North Side, but now with the Chinese shutting it down until after May 10th, they were looking to jump to Nepal instead. Now that country has decided to limit access to the summit until after May 10th as well, leaving the team, along with others, scratching their heads on what to do next. Alan is scheduled to leave for Kathmandu in just two weeks time, but remains optimistic of a compromise being reached.

Everest guide Jake Norton has also posted his thoughts on the whole debacle in his MountainWorld Blog. He first made this post a few days ago when the whole story came to light, and has updated today with a second post with more thoughts on the protests and violence there today. As always, Jake has a great prospective on the whole situation, and does an excellent job of explaining it all to us readers. Definitely worth a read.

TheGreatOutdoors.com has posted an announcement that Dave Hahn is returning to Everest and will once again be providing them with dispatches from the mountain. Dave will be going for his 10th Everest summit, which would put him in elite company to be sure. Dave climbs as a guide for the International Mountain Guides Team on the South Side, so while he’ll be effected by the limitations to the summit, as everyone else will be, it’s pretty safe to say that the climb is still on. It should be interesting to once again read Dave’s reports and to get his take on the whole situation.

Finally, a number of sites, including the BBC and Everest News are reporting that violence has broken out in Tibet today between protesters and security forces in Lhasa. There are reports of at least two people dead, in what is described as the sharpest protests against China’s occupation of Tibet in the past 20 years.

Protest rallies began earlier this week when Buddhist monks marked the anniversary of the 49th year since a Tibetan uprising against the Chinese. They were promptly arrested, sending waves of protest across the country, and creating tension in a region that is already on edge. The London Times is offering advice to travelers on how to deal with the current conditions in the tiny Himalayan country.

What does this have to do with the Everest situation? Well clearly the Chinese do not want any kind of “Free Tibet” Protests anywhere near the mountain this Spring. It’s probably their greatest fear. And should these protests continue, it’s possible that they would shut down the North Side altogether and not just until May 10th. They certainly don’t need any bad publicity leading up to the Olympics, but they’d rather squash any kind of resistance rather than actually try to do what’s right and address the situation civilly.