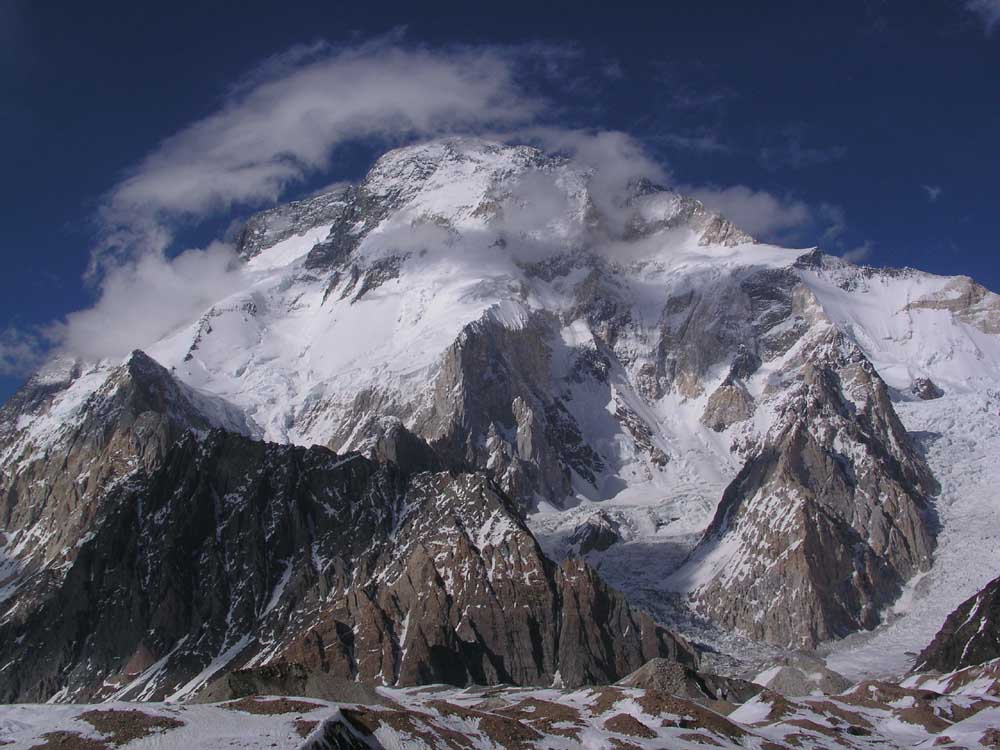 ExWeb opens another week with an update from the Karakorum with the news that Valeriy Babanov and Victor Afanasiev have opened the new route on Broad Peak that they’ve been working away at for the past weeks. The two men made the climb in alpine style, as Babanov typically does, and while the details are still a bit sketchy, it appears that the men are down safe.

Meanwhile, on Nanga Parbat, rescue operations are still underway with Walter Mones and his partner Simon Kehrer, cautiously making their way down the mountain. Last week they lost their friend Karl Unterkircher when he fell into a crevasse, and the pair were forced to make their way up to a higher elevation so that they could move off the new line they were attempting before the y could begin their descent. They’ve been slowly doing that since then, but now Italian climbers ilvio Mondinelli and Maurizio Gallo have arrived on the scene to assist if needed.

The bad news from Nanga Parbat continues however with the Iranian Team reporting that they successfully put two of their climbers on top over the weekend, but lost another in the process. Apparently the climbers named Kazem and Ehsan asked their friend Saman Nemati if he needed assistance back down the mountain when he began to struggle at altitude, but he decline their offer and was suppose to head back to C4 on his own. The first two continued to the summit and then ran into Saman on their descent. He had tried to struggle up the mountain, but had given up at last with the intentions of giving it another go the next day. By this point, poor weather had set in, and the climbers had a difficult time finding their high camp. It took them several more hours to do so, and when they arrived, the realized that Saman was no where to be found. He remains missing now, although the team has organized search parties.

Finally, the new from the Gasherbrums for the weekend was that bad weather thwarted a number of attempts. The winds were reportedly quite high with snow falling and blowing, making it nearly impossible to move up the mountain. At this point, the climbers have taken up various positions on the mountain to try to wait out the weather and make another go of it.