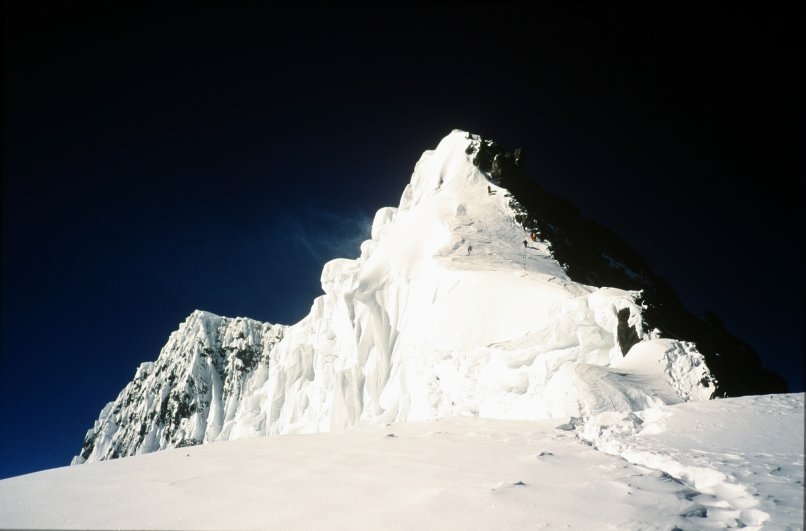 Yesterday, in my Himalaya Update, I ended the post pondering if we would see any winter climbs of the big peaks this year. It didn’t take long to find out.

According to ExWeb, Poles Artur Hajzer, Robert Szymczak, along with Canadian Don Bowie, will make an attempt on Broad Peak this winter. If successful, this would be not only the first winter ascent on Broad Peak, but the first of any of the 8000m Karakorum peaks in winter.

All three climbers bring extensive resumes with them. Haizer was part of a team that became the first to top out on Annapurna in the winter, and he has four other 8000m mountains under his belt. He also was part of a Polish team that attempted Nanga Parbat during that winter months two years back. He and Szymczak most recently completed a climb on Dhaulagiri back in May.

Broad Peak is the 12th highest mountain on the planet, clocking in at 8,047 meters or roughly 26,401 feet. BP is located in North Eastern Pakistan, along the border with China, and was, at one time, known as K3, it’s sister peak just five miles away. The name was later changed to Broad Peak when surveys showed that it’s summit was more than a mile in length.

In addition to this climb, the article also notes that another Polish team, headed up by Jacek Teler, will head back to Nanga Parbat for another go this winter as well. ExWeb speculates, much as I did yesterday, that we’ll likely see more winter climb announcements in the days ahead.