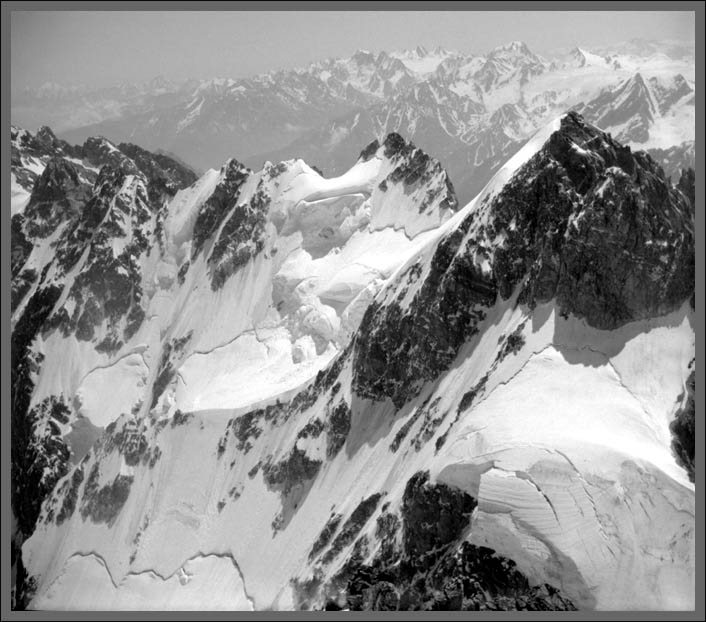 Vladimir Putin, the Prime Minister of Russia, has named a mountain in North West Ossetia after the KGB, the infamous Soviet intelligence agency.

The peak, which stands 3269 meters (10,725 feet), was previously unnamed, but now goes by the moniker of the “Peak of Russian Counterintelligence Agents”. (Catchy huh?)

The mountain is part of the Caucus range, and sits near the border of Georgia, where I’m sure they are now overjoyed to have a landmark so close by to remind them of their day as a Soviet satellite. Earlier this year Georgia and Russia went to war with one another over the ability for South Ossetia to breakaway from Georgia. Tensions in the region have been quite high since.

The above photo is reportedly an actual shot of the mountain in question.