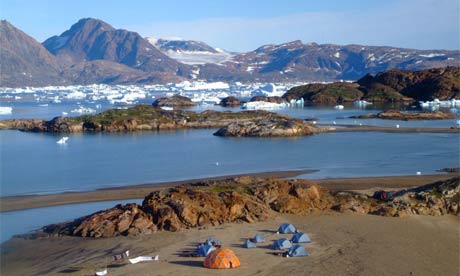 I’ve got a couple of quick hit stories that I posted over on Gadling, but I thought they may be of interest here as well.

First up, a few days back I put up this story with suggestions for new travel destinations and trips for 2009 courtesy of The Guardian. They put together their list of the top destinations for next year with some really interesting suggestions, such as kayaking in Brazil, hiking in Greenland, and even exploring war-ravaged Angola. I wrote that I expected there to be some great travel deals after the first of the year, as many people will put off taking a trip this year thanks to the economy, so if you’re in a position to take advantage of those deals, you just might end up with a heck of bargain, and visit some great, far off places.

The other story of note is one that I posted earlier today about two men who were skiing out of bounds at the Swiss ski resort of Savognin, where they got lost. They managed to call for help, but their cell phone died before they could give directions to their location. Facing a night out in the cold, with temps dropping to -15 C, they were saved when a rescue helicopter spotted the faint glow of their iPod screen. The lesson here? You can save weight in your pack by bringing your iPod and leaving the rescue flares at home. 😉 I kid!! But seriously, who needs all of that extra safety gear when you’ve got an iPod!