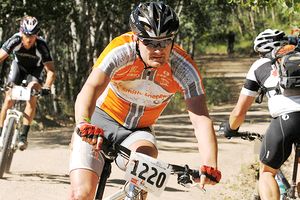 While the eyes of the cycling world are mostly turned Down Under for the first major race of the year, not to mention the return of Lance Armstrong to competitive cycling, Floyd Landis is quietly preparing to return to the sport as well. You’ll recall that Floyd received a two year ban from competition after testing positive for synthetic testosterone following the 2006 Tour de France, an event that he won, but later had the title taken from him.

Floyd ended up fighting the positive test in court rooms around the world in what turned out to be a soap opera drama with strange accusations, a lot of hurt feelings, and a nasty confrontation with three-time Tour champ Greg Lemond. In the end, all of the legal wrangling was to no avail, and Landis ended up with a two year ban that will end next week.

For his part, Floyd is happy to have everything behind him, and he’s ready to get back on the bike. He’ll join the appropriately named Team OUCH at their training camp next week and being preparation for the Tour of California, which takes place from February 14th through the 22nd. Lance Armstrong and his Team Astana also intend to compete in this race.

Personally, I’m glad to see Floyd back, and having his attention focused on cycling. I look forward to seeing him on the bike and riding with the best the world. The sport is experiencing a bit of a resurgence, especially here in the States, with the return of these stars, lets just hope cycling doesn’t shoot itself in the foot again, and suffer another round of doping scandals.