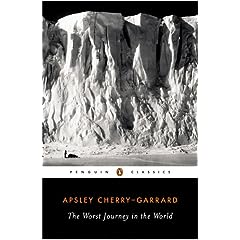 National Geographic Adventure has posted their selection of the 100 Greatest Adventure Books of all time, making the complete list available online for fans looking to fill out their personal library.

As you would expect, the list is filled with classics from the adventure genre. In the introductory paragraphs that accompany the list, it is revealed that those who compiled it took great pains to stay focused on what is “adventure”. They ruled out travel and nature books for the most part, and left out books that didn’t involve at least a measure of physical risk and daring. They also admit to leaning towards first person accounts over retellings, preferring to hear the story in the explorer/adventurers own words.

We’ve seen lists like these before, and most the usual suspects make Adventure’s list as well, but that doesn’t mean that they aren’t all deserving to be on the list. The top ten in particular are especially great, and if you haven’t read anything in that group, then get yourself to a bookstore, or at least Amazon.com, immediately.

The list also includes a place for us to leave our own comments and suggestions. So, if you think that there is something missing, or disagree with a ranking, be sure to let ’em know. Perhaps there has been something released recently that has been overlooked. These kinds of lists are evolving, and fun to talk about. They also tend to be hard on my wallet and free time.