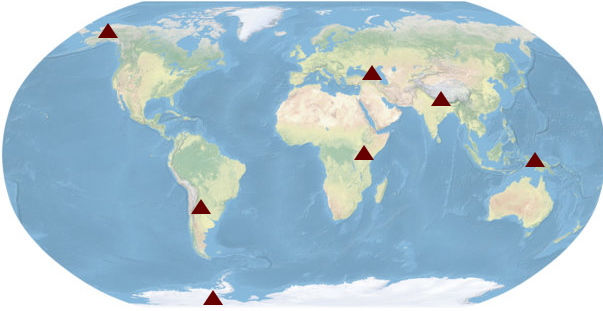 While I was away playing in the jungle, Alan Arnette made a major announcement that I was disappointed to have missed and posted about at the time. But I am happy to make up for that now, in passing the word along on Alan’s Memories Are Everything: The 7 Summits project.

Essentially, beginning in 2010, Alan will begin climbing the Seven Summits in an effort to continue to raise awareness and funds for the Alzheimer’s Association, who he partnered with for his Road Back To Everest project last year. That endeavor raised more than $25,000 to for research in the search for a cure for Alzheimer’s, but this time around Alan has his sights set even higher, hoping to raise $1 million dollars as he attempts to climb the tallest mountain on each of the seven continents.

This is a deeply personal project for Alan, whose mother suffers with the disease. He offers an update on her recent progress, and like all long term sufferers of Alzheimer’s she continues to decline, and recognizes her family less and less all the time. My own grandfather had the same condition in his later years, and it was painful at times to see him struggle with his memories.

Even though Alan doesn’t plan to step foot on the first mountain until 2010, you can begin donating to the cause today. The page is already set up and can be accessed by clicking here.

You can also learn more about the Seven Summits on Alan’s summary page found here. it seems like he’s going to be covering all of his bases, by climbing Carstensz Pyramid and walking up Kosciuszko in Australia as well.

I can’t wait to follow along with Alan’s latest project. Not only is it a cause that I fully support and have personal insight into, but I always love reading Alan’s dispatches from the field and following along on his climbs. Now if you’ll excuse me, I have ot head over to his Everest 2009 page to catch up everything I missed over the past week and a half.

2 thoughts on “Alan Arnette Announces Memories Are Everything: The 7 Summits!”