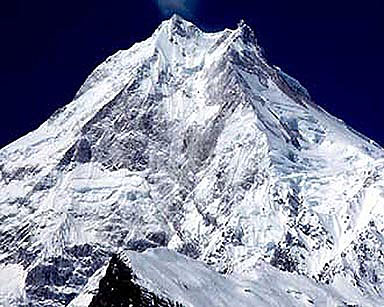 As predicted yesterday, teams on Manaslu were able to make successful summits today. ExWeb is reporting that Joao Garcia and the Korean team on the mountain have reached the top after nine hours of difficult climbing. Even better news, is that the climbers are already down from the summit and back in BC. For Garcia, this is his 12 8000m peak, all with out oxygen. He has just Nanga Parbat and Annapurna left on the list. Congrats to Joao and the Koreans for a job well done. Great work under difficult conditions.

Over on Everest, Billi Bierling updates her blog on the Himex expedition. The team is back from Lobuje Peak, where they made a second acclimatization climb, and are now settled into BC once again. In the case of Himex, BC is actually a bit of a hike down the Khumbu Valley from traditional base camp. Billi also reports that all of their Sherpas have returned from C2, where they’ve been stashing gear and setting up the high camps.

The Eight Summits team is releasing daily audio dispatches on their website, which always contain interesting information about what they are doing, and where they are at on the mountain. Today, one of the Sherpas lays out the plan for the days ahead, with the team moving up and down the mountain to finish their acclimatization process before the summit bid in a few weeks time.

Most of the news from Everest today has been on the quiet side. The Sherpas are moving up and down the South Col, setting up camps, while the teams are mostly staying put in BC, working on skills, and resting before making their way up to C3 soon. Just another day on the mountain at this point of the climb, and by the middle of the month, they’ll be looking back fondly on these rest days.

Finally, sad news from Annapurna, where, Outside Online is reporting that Czech climber Martin Minarik has gone missing. Minarik, was originally climbing with Dodo Kopold, and Elizabeth Revol, but Kopold left to make his solo climb on Annapurna South that I mentioned earlier today, while Minarik and Revol made a second attempt on Annapurna I. According to the report, the pair made it as high as 8016 meters before turning back, and on the descent they split up, as Minarik was suffering from frostbite and exhaustion. Revol made it down from the mountain, but Martin hasn’t been seen sense. Lets hope for the best, but it has already been two days, and things are not looking good. My thoughts are with Martin’s family at the moment.