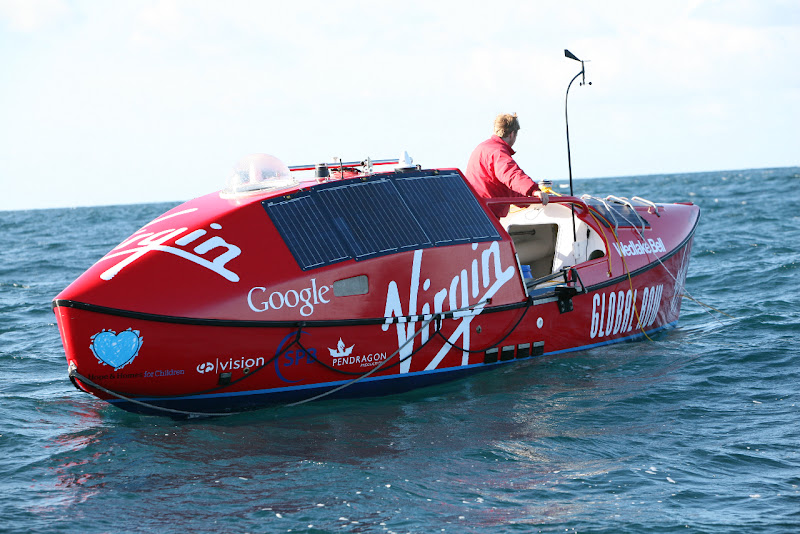 Just starting to dig out on all the things that have been going on since I left, but I didn’t notice that Olly Hicks, who was attempting to circumnavigate around Antarctica in a row boat has decided to abandon the attempt once he reaches New Zealand.

Olly made a post to his blog over at the Virgin Global Row website a few days back announcing the decision, which wasn’t an easy one. Essentially it came down to the extremely slow progress he has seen since setting out 82 days ago. In that time, he has covered roughly 1600 nautical miles, but the distance to New Zealand is just 800nm. Considering the length of the journey ahead, Olly figures that it would take him 5 years to complete the row, far longer than he had expected or was prepared to commit.

The British adventurer blames his boat, dubbed the Flying Carrot, for the extremely slow going. He says that she tracks terribly in the wind, and anything over 20 knots in speed kills forward progress, even while using the oars. Considering the legendary winds of the Southern Ocean average more than that in speed, you can begin to see how frustrating this has been for Olly.

He now hopes to make landfall in NZ sometime in the next few weeks, and he says that the trip was not a total loss. He learned a lot and will take those lessons with him into his next endeavor, whatever that may be. Something tells me we haven’t heard the last from Mr. Hicks however, and it won’t be long before he’s planning another expedition.