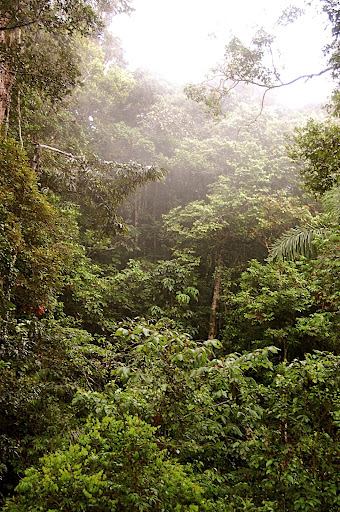 Men’s Journal has an amazing article on their website about a man named Ed Stafford, who set out in April of 2008 to become the first person to travel across the entire length of the Amazon River by foot.

Stafford, a former captain in the British Army, set out from the source of the might Amazon, and will travel through its dense jungles, covering more than 4000 miles in the process, and fording major tributaries along the way. He carries an inflatable raft for just such occasions, but otherwise he is on foot all the way, often wandering far out of his way, just to find solid ground that he can navigate through. He also has to deal with a variety of poisonous bugs and snakes, rapidly rising water conditions, and a native population that is none too keen on trespassers.

You can follow Ed on his adventure through his website, the aptly named WalkingTheAmazon.com, as well. On his site, there are daily blog entries that update us on his progress, and his Twitter feed is updated regularly as well. The site also gives us his current latitude and longitude and an on going count of the number of days he has spent in the field. For the record, that currently stands at 435 blistering days in the Amazon.

Having recently returned from Iquitos, Peru, and the region that Ed is currently passing through, I can honestly tell you that this expedition is highly ambitious and impressive. I spent most of my time exploring the river by boat, but did trek the jungle on a couple of occasions. At times it was so thick and dense it was hard to make headway, and it was very easy to lose track of what direction you were heading as well. Throw on top of that the heat and humidity, plenty of rain, and deep, thick mud, and you have the makings of one very challenging journey.

At this point, Ed, and his support team, are still crossing through Peru, and still have a very long way to go before the reach the mouth of the Amazon in Brazil. Having already been out for 435 days, I would expect that he is, at best, only halfway home, and the journey ahead will likely only be more difficult, as the river widens as it goes, and the jungle becomes even more dense.

Still, this is the very epitome of adventure, and I love his spirt. Trek on Ed!

10 thoughts on “Walking Across The Amazon”