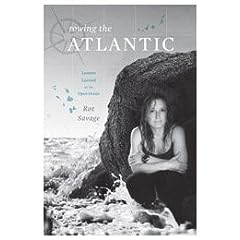 Fresh off the successful completion of the second stage of her trans-Pacific row, Roz Savage has been interviewed by the Outside Blog.

In the interview, she talks about a variety of things, such as her motivations for the making this journey, what she needs to do to prepare for an ocean crossing under her own power, and the logistics of going solo and unsupported for months at a time. Roz gives props to the team that keeps her going and helps her through each of these demanding and difficult stages, and discusses much more, including looking ahead to 2010, when she expects to get underway on her third, and final stage, ending in Australia. If all goes as planned, she’ll begin that stage in April.

Roz will be shipping her first book in October as well. It’s called Rowing the Atlantic: Lessons Learned on the Open Ocean, and it’ll hit store shelves on October 6th. It covers her first major rowing adventure, in which she crossed the Atlantic under her own power in just 103 days back in 2005. The book promises to be quite a read, and I’m sure it’ll serve as a great prelude to her Pacific adventure as well.