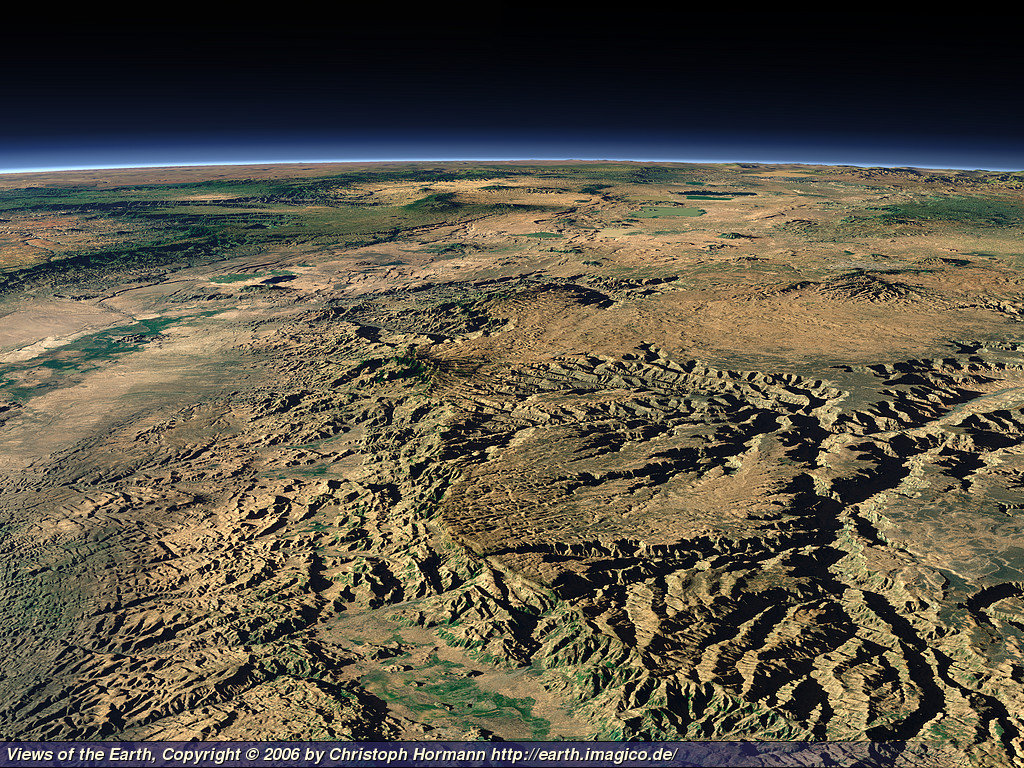 Jon Bowermaster has an interesting story on his blog about the possibility of a new ocean forming beneath Ethiopia. Jon links to an article from Scientific American that says that Africa is splitting apart, and the new ocean is flowing in to fill what will eventually be a rather sizable void.

It seems that the continent is separating along the East African Rift, stretching from the southern end of the Red Sea through Eritrea, Ethiopia, Kenya, Tanzania and Mozambique. Of course, this being a geological process, it has been ongoing for millions of years already, and will probably take millions more before it is done, which is when saltwater from the Red Sea will flow into the region, covering the Rift once and for all.

Jon notes that the first indications of this process were observed back in 2005, when a 35-mile long gash formed through the Ethiopian desert. Some scientists and the time claimed that it was the beginning of a new sea, and recent studies have shown that the volcanic activity being observed is nearly identical to that which has been seen on the bottom of our oceans.

Right now, scientists are predicting that it’ll take another million years or so before the new sea will form, but in the meantime, the Earth will continue to open and sink across much of what is now Ethiopia. Volcanic activity has been a regular occurrence in that part of the world, and will likely only increase in the years and centuries ahead.

Really interesting story to be sure. It’s amazing how much we still don’t know about how the Earth works.