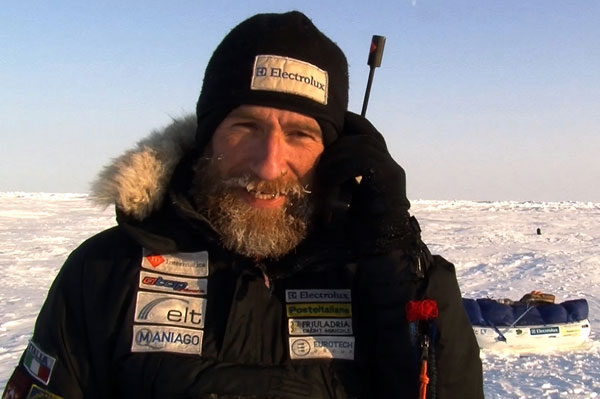 It seems that we’ve barely put the Antarctic Season behind us, and we’re already looking ahead to the 2010 Arctic season, which is only a few short weeks away at this point. ExWeb, who always does a good job of keeping us updated on what is going on, has posted their list of Arctic and Sub-Arctic expeditions, with some very ambitious teams planning on hitting the ice.

As is usual, the North Pole is the goal for a number of explorers, and ExWeb reports that three solo skiers and five teams are planning on heading towards the top of the world to the geographic Pole. Of those five teams, three will go unsupported. The three mean making the solo journey include Tom Smitheringale, from Australia, Martin Murray of Canada, and Michele Pontrandolfo from Italy. All attempts will be made from the Canadian side, beginning on Ward Hunt Island or Cape Discovery.

Two women, Amelia Russell and Clair O’Leary, will be attempting the North Pole journey, each as a member of separate teams. As ExWeb points out, only two women have completed that expedition, Tina Sjogren and Cecilie Skog. Cecilie, who just finished a traverse of Antarctica, will be back on skis in Greenland, while her partner, Ryan Waters, will head to the North Pole himself.

Other expeditions that we’ll be keeping an eye on include Jim McNeill and his team heading to the North Pole of Inaccessibility and the impossible2Possible Siberian Express team of Ray Zahab and Kevin Vallely crossing Lake Baikal (which I told you about here) in hopes of s new speed record. Ray and Kevin may run into another team, Czechs Pavel Blazek and Vasek Sura, who will be out on the lake, hoping to become the first from their home country to make a traverse, lengthwise, in an unassisted/unsupported fashion.

Additionally, there are a number of expeditions set to go in Greenland, taking on the polar ice caps in that country as well, including the aforementioned team led by Cecilie Skog, who will be taking ten women with her. Expect there plenty of updates from there as well.

Most of the teams heading to the North Pole, be it Magnetic, Geographic, or Inaccessibility, will be making their way to Canada at the end of February to get their expeditions underway. Ahead of them, will be miles and miles of open ice, broken up by ocean water of course. They’ll have to deal with harsh weather, massive ice blocks, negative drift, and the occasional stray polar bear. Sounds like fun!