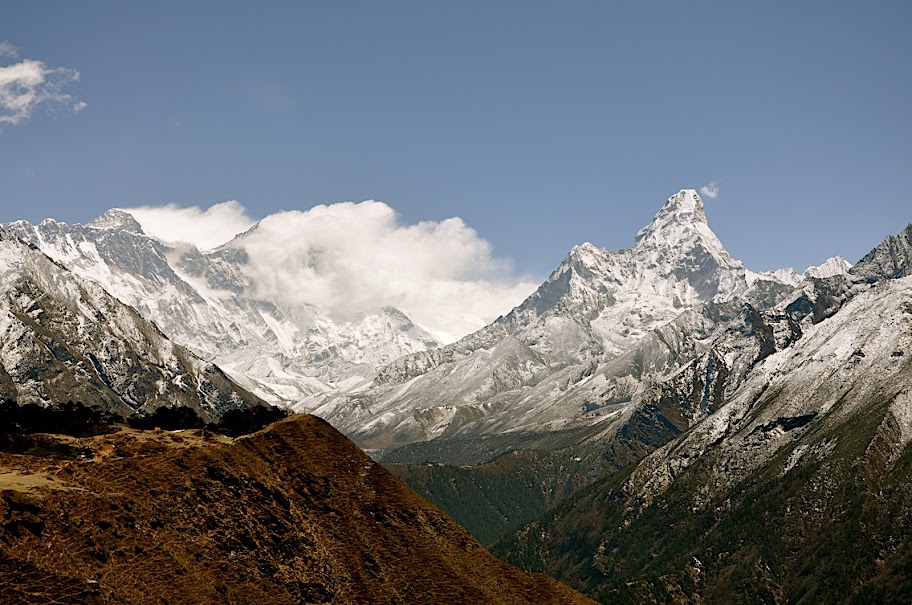 It now looks that it is officially over on Everest for the season, as reports are that the Sherpas are bringing down all the gear and trash on both the North and South Sides of the mountain. The weather has taken a turn, and it seems that the monsoon has moved in, signaling an end to the climbing there, at least until the fall. Despite all of that, it seems there are still a few things to report on, even most of the climbers are now either back in Kathmandu or well on their way.

Before I get on with the remaining notes from the mountain however, it should be pointed out that tomorrow will mark the 57th anniversary of Tenzing Norgay and Edmund Hillary reaching the summit of Everest for the first time. It is a shame that no one will be up there to commemorate that event. Perhaps Sir Ed’s spirit will be there however, as Apa Sherpa, making his 20th trip to the top, reportedly took some of the New Zealanders’ ashes up with him. That seems a fitting tribute for this year.

Alan Arnette is still posting his excellent dispatches on the spring season, and he discusses the clean-up efforts that are taking place on the mountain at this very moment. Alan remarks that is is really tough work, even vor the incredibly strong Sherpas. He describes it as “back breaking” as they bring double and triple loads off the mountain in effort to finish up as quickly as possible. This is the grunt work that no one thinks about, and truly serves to highlight how important the Sherpas are to any Himalayan climb. Very few people would actually get to the top without the help of the Sherpas, and now, after the summits have ceased, and the clients have gone home, they’re still there, working away. They get much respect from me.

Alan also quotes Aussie climber Duncan Chessell, who says that the weather he experienced on Everest this year was terrible, and said that the conditions at the summit were the worst he had ever seen, “by a factor of at least 10.” This gives you an idea of what it was like for these late season summitteers, who waited out a snow storm for one last crack at the summit. It sounds like it was horrific up there.

Chad Kellogg has posted an update on his story at Outdoor Research’s Verticulture site. You may recall that Chad was hoping to make a speed attempt on Everest, and by the sounds of things, it was going fairly well, until he reached The Balcony, located at 27,000 feet, on the South Side of the mountain, where he encountered traffic jams, and was eventually forced to turn back due to poor weather conditions.

In the post, Chad gives good details on his climb, including a series of mishaps that helped to slow him down and make the climb more challenging than he expected. Simple things like stepping in a pool of water and soaking a shoe, which caused him to change into other shoes, had an effect on his approach, particularly since he was attempting to go quickly up the mountain, wearing track spikes! He also had a trekking pole stolen from his cache at Camp 1, which didn’t help his cause much either, and as a result, Chad was already behind his own schedule when he reached Camp 2 an hour later than he expected.

I won’t spoil the rest of his story, but encourage you to read it. It’s an interesting look at what these speed climbers go through, and some of the things they do to shave time off of their climb. Chad does say he hopes to return in the future and give it another go. I’m not sure if it is in the cards for him, but if he can go in the fall, he’ll find far less traffic to deal with at the bottlenecks on the mountain.

Finally, ExWeb is reporting that there have now been more than 5000 successful summits of Everest. That’s a pretty large number when you think about it. Does that take away the allure of the place? For the general public, it would seem that the answer is no, but in the mountaineering crowd, I think opinions are a bit more mixed.