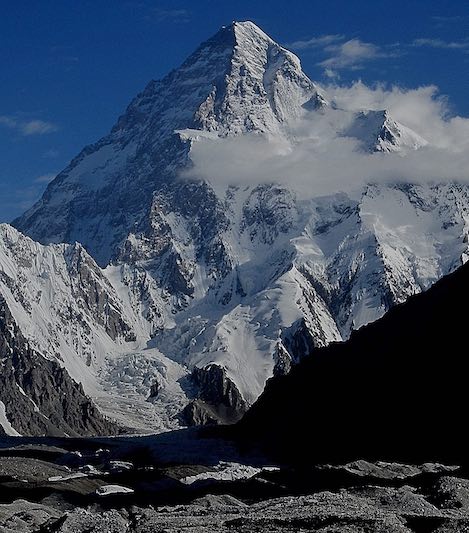 It looks like K2 is the mountain of choice for the ladies headed to the Karakorum this season. ExWeb is reporting that a number of female climbers have set their sights on the world’s second highest peak, including Gerlinde Kaltenbrunner, who is hoping to top out, sans oxygen, and become the third woman to climb all of the 8000-meter peaks. The first without oxygen however.

Joining Gerlinde on K2 will be Polish climber Kinga Baranowska, as well as Leila Esfandiari, who is leading her Iranian team. A British climber named Katrina is on the team with the Field Touring Alpine group, and Canadian Meagan McGrath is also setting her sights on K2. You may recall that Meagan started the year off with a successful solo ski to the South Pole as well.

The supply train was slowed greatly by the snow that continues to fall around that mountain. Similarly, the Altitude Junkies Team, which is hoping to climb the Gasherbrums, began their trek to base camp yesterday and are hoping to arrive by Sunday.

Meanwhile, the Polish Team on Nanga Parbet has been plenty busy already. The team has fixed the ropes up to Camp 3, but the weather conditions have been extremely cold, and that has not made the experience a pleasant one thus far. They’re back in BC now, resting up before proceeding higher on the mountain.

More to come soon. The Karakorum is just now starting to heat up.