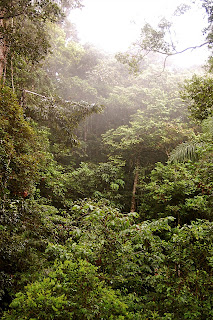 I’m sure many of you have seen the story about the lone surviving member of an uncontacted tribe in the Amazon who has been living alone for years. It has been making the rounds on the Internet ever since it was posted by Slate late last week, and it certainly is a fascinating piece.

For those who haven’t read it yet, here’s a brief summary. The Brazilian government has taken steps to declare a 31-square mile area as protected forest in order to protect a single indigenous man who lives in that section of the Amazon Rainforest. He appears to be the last survivor of a tribe that once inhabited that area, and he has been living alone for more than 15 years. No one knows what happened to the rest of his tribe, and all attempts to contact him have ended with him escaping into the jungle, or violence. In one incident he even shot a man in the chest with an arrow.

I personally think that this is a remarkable story for a number of different reasons. First, I think it’s great that  Brazil has taken this big step to protect the area around this one tribesman. That seems unprecedented for the most part, as human history is riddled with examples of how a conquering force just moved in and forced the inhabitants off a piece of land. We all know it would be very easy for this poor guy to just disappear altogether.

I’m also fascinated at the prospect of these uncontacted tribes that still exist in the Amazon. This isn’t the first time we’ve heard about them in recent years, but I still find it very interesting and a bit romantic that in the 21st Century, there are still places where modern man hasn’t corrupted just yet. I wonder what these people think when they see our airplanes fly over head or spot us from afar, making our way into the jungle. What do they think about us and the strange items that we call technology, that must seem like magic to them.

Finally, I can’t help but wonder what life is life for this lone tribesman. He must be incredibly lonely, as he truly is the last of his people. We have all, at times, felt isolation or loneliness, but those feeling must be very overwhelming at times. We’re talking about a man who has lived completely alone, with no meaningful contact with another human being in at least 15 years. That is difficult to reconcile when you consider how much we take that contact for granted.

I’m glad that he’ll have an opportunity to live out his life, for however long that will be, in a protected space. He’ll continue to hunt and explore that region for as long as he can. But eventually, he too will succumb to the jungle, and then this tribe will cease to be. There is some sadness in that as well.

3 thoughts on “The Most Isolated Man on Earth”