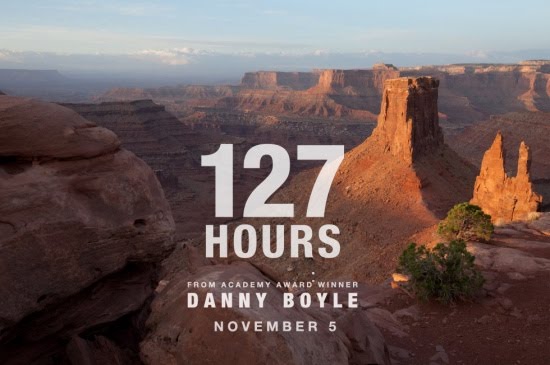 As a lot of reader already know, the new film by Academy Award winning director Danny Boyle, 127 Hours, is set to begin hitting the big screen on November 5th. The film chronicles the story of hiker Aron Ralston, who became a household name a few years back when he was cayoneering in Utah and had and became pinned under a boulder, trapping him for days, until he amputated his own arm to escape.

To celebrate the release of the film, Outside Magazine is launching the 127 Defining Moments Contest, in which entrants are asked to submit their own life altering moment to share with the world. 126 of those entrants will be selected to go along with Aron’s to create the 127 Defining Moments. Each of the winners will receive great gear items from First Ascent, Sierra Designs, Larabar and CamelBak. Ten Grand Prize winners will also receive a full line of First Ascent gear for their next adventure.

Head on over and enter your Defining Moment. Who knows, it may be put up there with Aron’s and you could win yourself some great swag. The contest ends November 12.

Check out the trailer for the film below. It looks amazing!