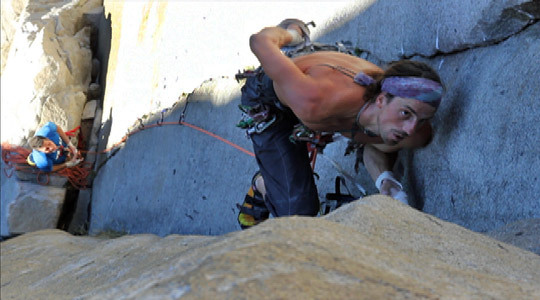 Alpinist has been running a series of articles called the “Speed Series” in which they ask some of the top rock climbers about their approach to speed climbing the toughest routes in the world. The articles are interesting and informative, and it doesn’t hurt that they are about some of the biggest personalities in the sport.

Part 1 of the series was written back in January and focuses on Alex Honnold, who put up some impressive climbs in Yosemite last year. Honnold talks about what inspires him to speed climb, his philosophy for climbing, and what it takes to be a successful speed climber, amongst other things. He is one of the top climbers in the world right now, and it is interesting to get his take on a variety of subjects.

The second part of the Speed Series was published in February and is an interview with Sean Leary and Dean Potter, who set the speed record on the Nose, the most iconic route up El Cap in Yosemite, last November. In this article, Sean and Dean talk about achieving that goal, what strategies they employed to improve their time on the Nose, and how the challenge of setting a new speed record has changed over the past ten years. It was fascinating to read Dean’s comments on that subject in particular, as he previously set a speed record on the route a decade ago with Timmy O’Neil. Potter says that it is much more challenging now, and that you have to be “cutting edge” and at the top of your game to succeed.

Both articles in the Speed Series are good reads and insightful looks at climbers who are unique personalities in their sport. They’re definitely worth a look while you wait for the warmer  months to get here, when the speed climb competitions will no doubt heat up again.