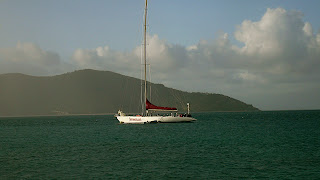 Jon Bowermaster has posted a really thoughtful and interesting piece on Gadling today that declares that it is time to end Indian Ocean adventures. That’s a very bold statement from a man who has spent plenty of time on the world’s oceans, including the Indian, but Jon’s message makes sense, and should serve as a warning for those sailing those treacherous waters.

What spurred Jon to write this piece is the recent high profile pirate attacks in that region. We’ve all been well aware of the pirate activity off the coast of Somalia for a number of years now, but the recent taking, and subsequent killing, of four Americans a month ago, has brought the subject back to the forefront. Just days later, a Danish ship, with three children aboard, was captured, making worldwide headlines as well.

According to the article, there are now more than 800 hostages being held by the pirates, who are conducting weekly raids on ships in the Northern Indian Ocean. They have mostly preyed upon shipping and oil vessels, but have begun to attack private yachts with increasing frequency of late, which has many wondering why anyone would sail through those waters to begin with.

Jon notes that he is someone who encourages what he calls “an adventurous life,” but reminds us that we need to take caution and think things through when we set out on our adventures. There is a fine line between being adventurous and being foolish, and sailing into those dangerous waters is probably falls more on the foolish end of the spectrum.

So what do you think? Do you agree with Jon when he says that is perhaps best if we avoid a significant portion of the Indian Ocean for now? Should sailing, and maybe rowing, adventures in that area of the world be postponed or even cancelled? There is little doubt that there is significant risk attached to sailing the ocean in general, but adding the real threat of pirates to the mix is just asking for trouble.

Personally, I’m not one to tell someone they shouldn’t go on an adventure, but I have to agree with Jon. It is  important that you be smart when embarking on what ever adventure you choose, and while some inherent risks are involved, why invite more trouble than you have to?

6 thoughts on “Is It Time To Put An End To “Adventures” On The Indian Ocean?”