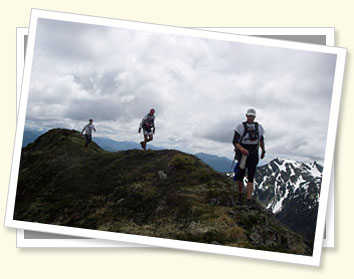 One of the major adventure races taking place in North America this year is, without a doubt, the Raid The North Extreme, which is scheduled to take place in the West Kootenays of Canada’s British Columbia from July 23rd – 31st. Over the weekend, organizers of the race also announced that they are re-joining the AR World Series, making the RTNX the only qualifying event in North America this year. That means that teams competing in the 500+km (310+ mile) race will now be vying for an all expense paid entry to the AR World Championship to be held in Tasmania in November of this year.

This announcement marks the return of Raid The North Extreme to the AR World Series fold. The race was originally part of the series when it formed back in 2000 and it even served as the championship event in 2004. After that, the RTNX dropped out of the ARWS, but by returning both events are made that much better.

As of this writing, the RTNX is just two teams shy of its cap of 50, which means if you aren’t already signed up to race, you will probably want to get your application in today. The news of the race now being a qualifier for the AR World Championship is sure to seal the deal for any teams that have been on the fence about competing. A chance to head to Tasmania in November sounds like a fantastic reward on top of the already great prizes for winning the event.

Kudos to the RTNX staff for joining the ARWS. This is yet another feather in their cap for an event that was already looking like it was going to be one of the best races of the year.