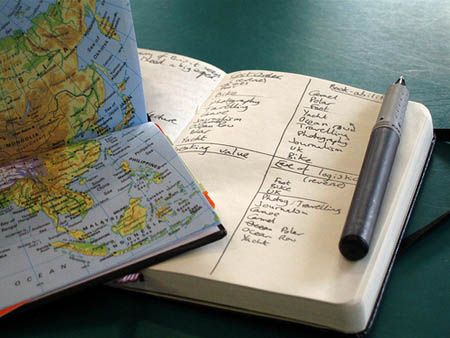 Regular readers have heard me mention FEAT multiple times on this blog.  It is the fantastic new program that launched last fall in Johannesburg, South Africa with a second event held in Cape Town this past February. FEAT stands for Fascinating Expedition and Adventure Talks, and true to its name, both shows featured South African adventurers given exactly seven minutes to share their experiences with the audience. FEAT was such a success in its inaugural season that there are already plans afoot to expand it in the future, but organizers for the event have made an exciting new announcement that will sure to please other aspiring South African adventurers.

A few days ago FEAT announced the first ever FEAT Awards which are designed to help allow recipients to chase after their adventurous dream, no matter what it is. The application is open to adventurers of all ages and their expedition can be of any length or go to any location. The one stipulation is that they must be South African (Sorry everyone else!) and the adventure must be undertaken by non-motorized means. The award winners will receive R10,000 (About $1500) to help fund their adventure.

FEAT founder Lisa de Speville says, “There are some really good adventurous concepts out there but cash is often a major limitation and so these adventures go un-attempted.” She wants to help change that through the FEAT awards, and some lucky South African is going to get a nice boost to help fund their plans.

It seems that FEAT is just continuing to expand and grow. When I first heard about the concept last year, I thought it was brilliant, and was excited to hear that the first event went so well. That was followed up with another successful show in Cape Town a few months ago, and it seems that FEAT has a lot of momentum going for it right now. The awards are just another great way to tap into an already thriving adventure community that exists in South Africa, and perhaps someone will get an opportunity they wouldn’t normally have thanks to some funding from FEAT.

Major congratulations to my friend Lisa for launching this fantastic program and turning it into a resounding success so quickly. Hopefully I’ll get the opportunity to see you at a future FEAT event! 🙂