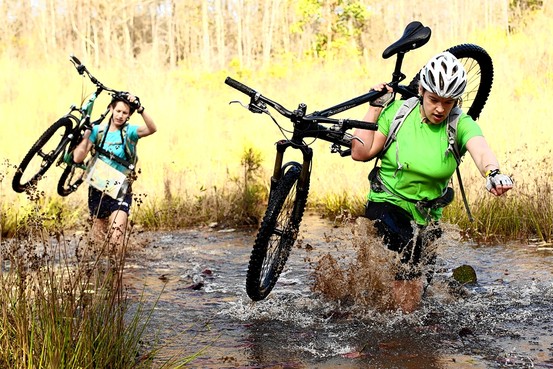 This article is a few weeks old, but I thought it was worth sharing in case you hadn’t already seen it. It seems that adventure racing received some love from the mainstream courtesy of this article in the Wall Street Journal. The article serves as both an introduction to the sport and a profile of racer Kristen Beckmeyer, who races on Team Mandatory Gear, and competed in her first event back in January of 2010. The same day that this article appeared, the WSJ also published a second story on preparing for your first adventure race as well.

One interesting note from the story is that the article cites a 2010 study by the Outdoor Foundation that lists adventure racing as the fastest growing activity amongst Americans. That report says that more than 1 million people participated in AR in 2009, which is great to hear considering that many races were still on the rebound from the bad economy in that period. I think it is safe to say that adventure racing is as healthy as it has ever been, and that it has a very bright future.

Receiving coverage from a source like the Wall Street Journal is a huge plus for adventure racing in general. We has a reporter from the paper with us at Primal Quest Montana and I can tell you that it significantly raised the profile of the event. Those of us who follow, compete, and already love the sport don’t need a story like this one to remind us of how much fun AR can be, but it is always nice to help introduce it to a new audience, and perhaps keep the current growth cycle going.

9 thoughts on “Adventure Racing Gets Some Mainstream Press!”