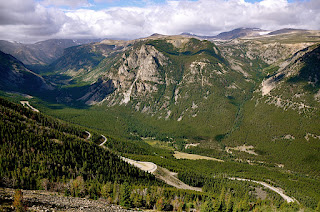 Yesterday I received an excellent link in my e-mail that I thought might be of interest to a number of readers as well. It is for an organization called Adventurers and Scientists for Conservation, which promises to bring both communities together in a cooperative way.

The goals for the ASC are fairly straight forward and simple. The group looks to provide scientists with a way to attain unique and inexpensive datasets from a variety of places from around the globe by mobilizing a group of like-minded people from across the planet. They also hope to give adventure athletes a set of tools to help conserve the wild spaces that we all love so much, and dditionally, they hope inspire the general public to use those same wild spaces wisely and to protect them from harm.

The organization is the brainchild of Gregg Treinish, who falls into both the adventurer and scientist categories. He has worked as a wildlife biologist, backcountry guide, and more. He has also completed a thru-hike of the Appalachian Trail as well as an epic 7800 mile (12,552 km) trek across the Andes that took 22 months to complete. That earned him the honor of being named a National Geographic Adventurer of the Year back in 2008.

Treinish is joined by some real heavy hitters in the science and adventure field. The ASC board has folks like Conrad Anker, Roz Savage, and Jon Bowermaster on it. Additionally, Their Mentors section has even more amazing folks that can be contacted for advice on how to launch your own expedition or contribute to the conservation cause.

Although this is a relatively new organization, Treinish says he didn’t formulate the idea until late 2010, the website has already become quite a resource for adventurers and scientists alike. You’ll find links to allow you to request datasets, lists of proposed projects, and ways to get in contact with men and women who are active in both the science and adventure communities.

Personally, I think this looks like a great organization. I’ve found that these two groups have more in common than it would seem on the surface, but both tend to have a deep respect and love for the natural environment and a desire to protect it for the future. It seems like a natural pairing and I have high hopes that the ASC will be helping to accomplish and promote great things in the future.

2 thoughts on “Adventurers And Scientists For Conservation”