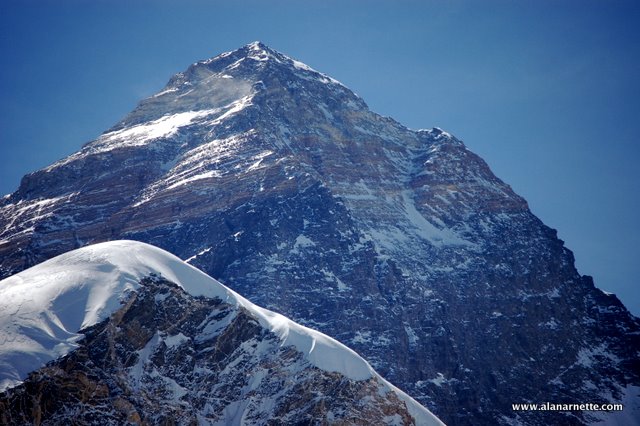 It was a successful Summit Day for at least some of the commercial teams on Everest yesterday. The expected first big push took place on schedule, with a number of teams completing their climbs, while others elected to stay put or descend the mountain, in hopes that the weather would be a bit more safe and settled for another attempt today or early next week.

Alan Arnette, who is on Everest and in Base Camp at the moment, posted a good update earlier today with news on all the proceedings. He noted that some of his teammates on the IMG squad successfully topped out yesterday, and another group was heading up the mountain today. But Alan also says that the weather conditions for the summit bids weren’t as good as the climbers would have hoped for, with winds blowing as hard as 50 mile per hour. Alan, who has been on Everest on three previous occasions, points out that usually anything more than 20 mph is too dangerous to risk going up.

But obviously, teams did go up, and in addition to IMG, the Peak Freaks also put 11 climbers on the summit yesterday, all of which are now back down the mountain safe and sound and in excellent condition.  The Adventure Consultants also put most of the their team on top as well yesterday, ending another successful campaign for that team as well.

David Tait was amongst the climbers with Himex yesterday who elected to head back down the mountain. He does an excellent job of describing his roller coaster emotions while first climbing up to Camp 3, and then descending back down the mountain when the weather took a turn. He also notes that a number of teams decided to go all the way back to Base Camp, but an ill-timed collapse in the Khumbu Icefall stranded many of them in Camp 1 for the night. As most of you know, the Everest Ice Doctors work hard to keep a route open through the icefall, but when a collapse occurs, it can take some time before they establish a new path.

Today seems to be a “wait and see” day. Some squads are moving up to check the conditions, while others are waiting for the next window, which is scheduled to open next week. Alan, who says he is feeling well and is strong, will be climbing then, and is hoping to claim his first Everest summit. Edurne Pasaban has just returned from her final acclimatization round, and will be looking for a summit bid, minus the supplemental oxygen, sometime late next week as well. Hopefully the conditions will be good for a second, or possibly third, round of summits then.