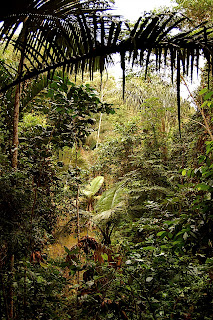 Brazil’s National Indian Foundation, better known as Funai, has announced that it has discovered a new, uncontacted tribe in a very remote region of the Amazon Rainforest. The organization first spotted a clearing on satellite images, then used airplanes to fly over the region. According to this story from The Guardian, those flyovers spotted four small huts built next to banana trees and surrounded by very dense jungle.

The tribe is said to live in an area close to the border between Brazil, Peru, and Bolivia. Experts estimate that there are approximately 200 people living in the village, none of which have ever seen or met someone from the outside, modern world. The discovery brings Funai’s official count of uncontacted tribes up to 14, with approximately 2000 people living in those tribes.

The Brazilian government has made it a policy to not establish contact with these indigenous people, and instead they work to protect their lands. Those regions have come increasingly under threat in recent years due to logging, poaching, and mining and other outside influences. There is a fear that contact will eventually have to be established because of those threats.

This story reminds me of a similar one from a few years back. When I wrote that story I remarked about how remarkable it is that these primitive tribes still exist in the wildest places on our planet. We take so much for granted in our modern lives, and yet these people have continued living a simple, yet successful lifestyle for centuries on end. That is such an amazing thing.

1 thought on “Another Uncontacted Tribe Discovered In The Amazon”