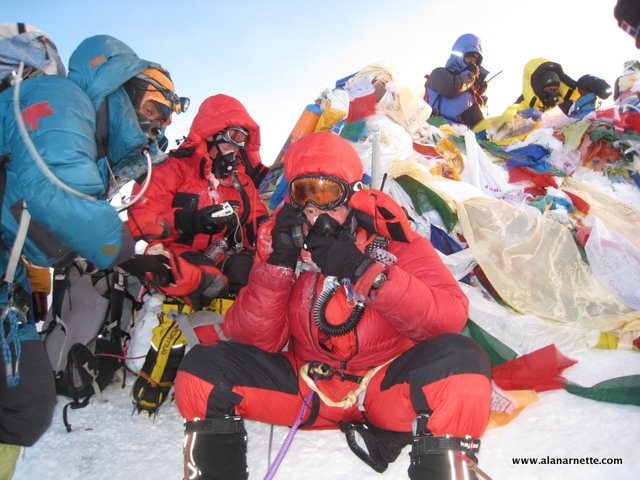 The 2011 Spring Climbing Season may be over, but we’re continuing to get information about the events that unfolded in the mountains over the past few months. Take for example a pair of recent blog posts from Everest summitteer Alan Arnette, who completed the third leg of his Seven Summits for Alzheimer’s project when he stood on top of the world’s tallest peak.

The first blog post, published a couple of days back, is an excellent recap of the gear that Alan used on his Everest expedition, beginning with the trek to Base Camp and continuing all the way to the summit. He talks about the items he used while living in BC for weeks at a time and on his various acclimatization rotations as well. For some of you, this will probably be old hat, but for those who aren’t aware of all the items that are used on this type of climb, it is a very revealing read. Definitely recommended for those who like their gear!

For an even better read however, you’ll want to take a look at Alan’s final expedition report, during which he talks about the climb in much more detail. You will find an introductory blog post, published just this morning, and a link to a PDF document that actually contains the report itself. As you would expect from Alan, the document is very well written and detailed, with plenty of information for those interested in an Everest climb in general and Alan’s story specifically.

With Mt. Vinson, Aconcagua, and now Everest under his belt, Alan will next turn to Denali in his quest to complete the Seven Summits. Expect regular dispatches from that expedition as well, as he sets his sights on the highest peak in North America, a mountain he is also quite familiar with.

Great work on these reports Alan. Good luck in Alaska!