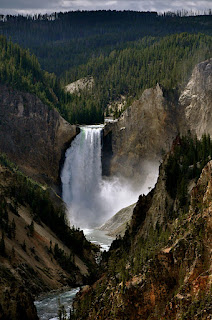 This story was the topic of my daily post at Gadling.com today, but it is an important one, so I wanted to share it here as well.

Yesterday, the National Parks Conservation Association released a report that examines the biggest threats to America’s national parks and assesses what can be done to address those threats. They found that climate change, invasive species, increased development, and a number of other forces are all causing major issues in the parks now, and will only continue to do so in the future, unless a comprehensive plan is created to help protect those natural places. The NPCA also cites a lack of funding for being a major issue as to why the National Park Service can’t address these issues properly at the moment.

The report, which is being called the most complete examination of the future of the national parks, was conducted over a ten year time frame. During that time, researchers surveyed 80 parks in the U.S. system and came away with some sobering facts. For instance, they discovered that 95% of the parks assessed had completely lost at least one plant or animal species over the past decade. Furthermore, 63% of the parks also showed signs of degradation to the air and water quality as well.

It isn’t all bad news however, as the NPCA noted in the report that with proper funding, training, and education, the Park Service can take measures to protect the parks and prevent irrevocable changes to their landscapes. They even list a couple of good examples to illustrate their point. The problem is “proper funding” does’t seem to be available right now thanks to a sluggish economy and an ongoing budget crisis. Still, the organization recommends that the Obama Administration pledge federal resources to helping protect the parks for future generations to enjoy as well.

I’m a huge fan of America’s national parks. They are amazing places that have, in some cases, been neglected in recent years due to lack of funding. I know, and understand, that climate change is going to alter those places dramatically no matter what we do, but that doesn’t mean we can’t take other measures to ensure that the parks are safe and are given the proper attention to steward them into the future in fine fashion.

The entire NPCA report can be found here. Definitely worth a read if you’re a fan of the parks as I am.