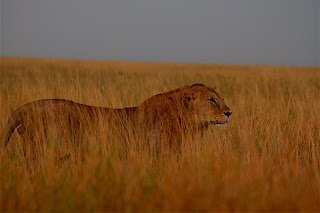 I meant to post this earlier in the week, but it slipped away.

The Tanzanian government has announced that they have made some changes to their proposed Serengeti Highway that we’ve all been hearing about for a number of months now. They have decided to leave the stretch that actually passes through the Serengeti National Park unpaved in an attempt to lessen the impact on the wildlife there and appease environmentalists across the planet. This announcement is seen as a minor win for conservationists, although many are still requesting a change in the route altogether.

Last year, government officials announced the proposal for the new road, which they said was needed to improve commerce to cities in northern Tanzania. The road would bisect the Serengeti, and potentially disrupt the annual migration of millions of animals across that plain. The plan was immediately criticized by  environmentalists, who said that it would irrevocably damage the ecosystem there.

The decision to not pave the road is seen as a good one, although the amount of traffic that the road will generate is still a major concern. The fear is that with more vehicles traveling through the region, the animals may change their migratory patterns, which are vital to a healthy ecosystem. There have been several alternate routes proposed, but so far the Tanzanian government has elected to not use one of those plans. There is still some hope that that will change however.

The Serengeti is a place that is very near and dear to my heart, and the thought of it being negatively impacted by this road is really tough for me. I’m still hoping someone will come up with a better plan.