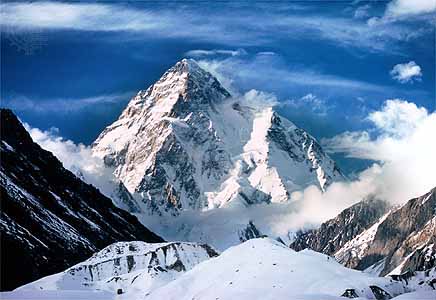 It looks like we’ll have to wait until next week to see if anyone will be able to successfully climb K2 this season. There were some indications earlier in the week that teams would have another go at the summit this weekend, but high winds and snow are keeping everyone in Base Camp, at least for now.

According to a dispatch sent out yesterday by Maxut Zhumayev, the International Team on the mountain’s North Side, will delay their attempt until August 16th, which is next Tuesday. He believes that this will probably be their final attempt of the year, as the Karakoram season is starting to run long, and the weather will soon make a shift for good. But there are projections of one more window next week, and they hope to take advantage of it.

Max notes that this delay is a good one. Not only does it give them an opportunity to rest and prepare for the challenges ahead, but it also will make for a safer climb as well. The high winds that are currently buffeting the mountain may help to clear some of the snow off of the peak, lowering the threat of avalanches and making it easier to break trail.

As I’ve mentioned before, there have been no summits of K2 since the tragic 2008 season. There is still a chance that that pattern could be broken, but we’ll have to wait and see what next week brings. The prep work is all done, the high camps have been built and supplied, the lines are in place. All these climbers need is for the weather to give them an opportunity.