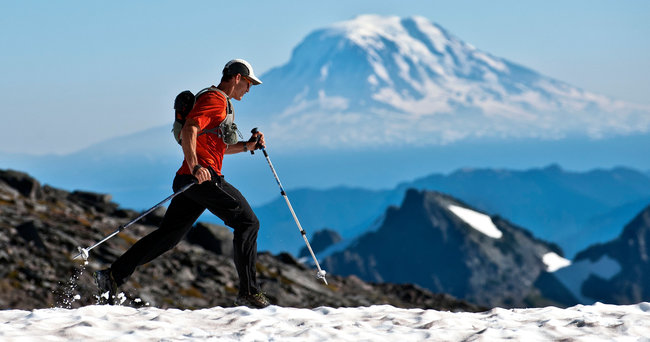 The New York Times has posted a story and video on speed climbing in the world of mountaineering and takes a look at the approach to climbing, which inherently brings some risks for those who choose to go faster in the mountains.

The article mentions or quotes a number of big name climbers, including Steve House, who has a few harsh things to say about the approach, saying that speed records are for stroking someone’s “ego.” The Times also interviews Chad Kellogg about his attempts at a speed record on Everest, and the included video, which can’t be embedded here, shows Chad training on Mt. Rainier. Rock climber Alex Honnold weighs in, saying he just climbs, and that speed records are simply a by-product of the faster approach. Even Ueli Steck offers some comments, saying that it is important to balance speed with safety on any climb.

I came across this link thanks to a post over at the Adventure Journal, and like them, I’m happy to see mountaineering get some mainstream press, but the writer acts like it is something new for climbers to try to go faster and lighter on the mountain. It has been happening for years, it is just that we’ve gotten to the point now where the athletes are better trained, better prepared, and have better equipment than ever before. That combination is allowing a few elite climbers to really push the envelope.

I think the following quote from Steve Swenson, president of the American Alpine Club, is a good one:

“Fifty years ago, adventure in the mountains was more about going places where no one had been,” he said. “Most of these places have been more thoroughly explored. Maybe adventure gets redefined.”

To me, “adventure” is a very personal thing, and what consitutues an adventure for some people, may not  be the same for others. It is important that we all find the definition that works for ourselves, and then pursue the best way to put some adventure into our lives. That’s what I see out of these climbers. They are indeed redefining adventure for the 21st century.