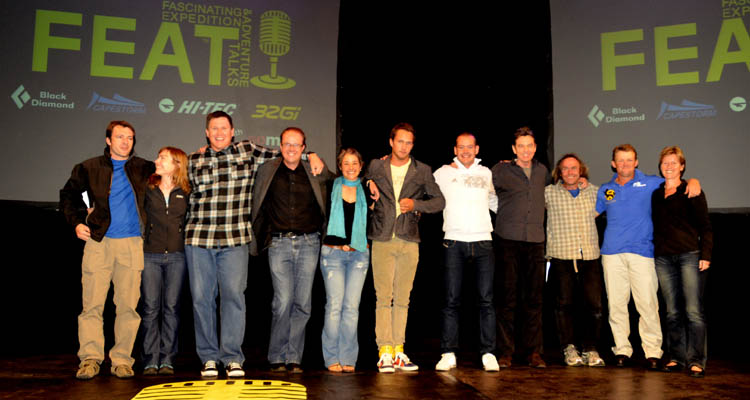 Last week, while I was off playing in the Costa Rican rainforest, my friend Lisa de Speville was hosting the third edition of the Fascinating Expedition & Adventure Talks, better known as FEAT, in Johannesburg, South Africa.

For those that aren’t familiar with FEAT, it is an event that brings a group of South African adventurers together for one night to share insights into their expeditions. The format is simple, they each have exactly seven minutes to discuss a certain aspect of their adventure, making it very important that they convey their message in a succinct and coherent manner.

This was the third FEAT event so far, and more are in the works. To get a taste of what FEAT is all about, check out the video below of Kobus Bresler, who came up with the idea of creating a “microadventure” for himself, in which he would climb nine local peaks in nine days.

1 thought on “A Night Of Nine Feats”