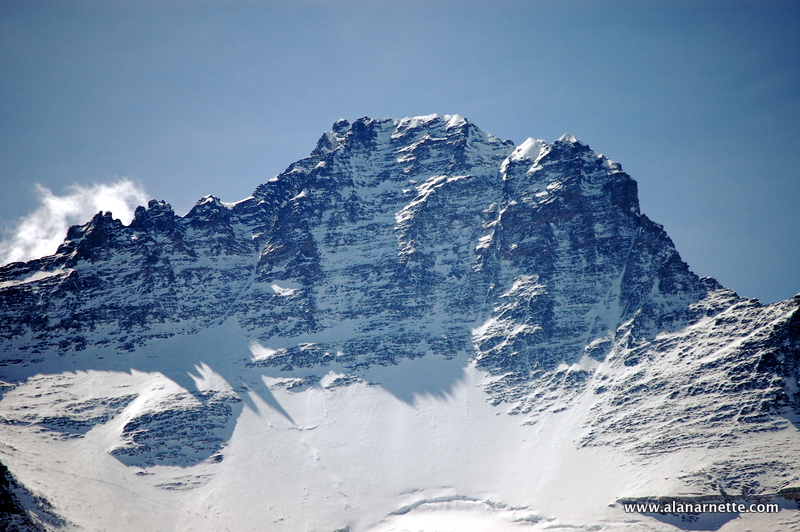 A few weeks back I mentioned that Alan Arnette had already started his always great coverage of the Mt. Everest climbing season by posting several stories to his blog. Since that time, he has added more great posts that will help to get us all ready for the spring, when most of the action takes place on the world’s tallest mountain.

One of the posts that I think will be of particular interest is Alan’s look at Lhotse, the mountain right next door to Everest. Just how close are these two? Climbers going to the summit of either mountain share campsites all the way up to C4, where they then go different directions toward their respective summits. The climb to the top of Lhotse isn’t nearly as crowded as Everest, and it is roughly 333 meters (1095 ft) lower, but it also presents some technical challenges that aren’t an issue on its taller neighbor. Alan breaks down the differences and discusses the climbs very nicely.

When you’re done reading about Lhotse, be sure to move on to Alan’s profile of an Everest Sherpa. If you know anything about climbing in the High Himalaya, you know that almost no one would summit without the help of their Sherpa guides. They are a tough, strong, group of people and it is clear that Alan respects them very much.

Finally, check out this interview with Cian O’Brolchain, a former professional tennis player from Ireland, who has set his sights on Everest this season. Cian is climbing to raise awareness of Cystic Fibrosis, and doesn’t have a lot of climbing experience under his belt. That said, he has already topped out on Cho Oyu, and seems determined to go even higher this spring. He and Alan discuss his mountaineering experiences so far and what he brings along with him from the world of competitive tennis that can aid in his mission.

As usual, these are all excellent reads and are setting us up nicely for the action that will be coming later in the spring. As the Antarctic season winds down, and the winter climbs come to a close, we’ll be transitioning over to Everest, and the rest of the Himalaya, where there will be plenty of drama once again.