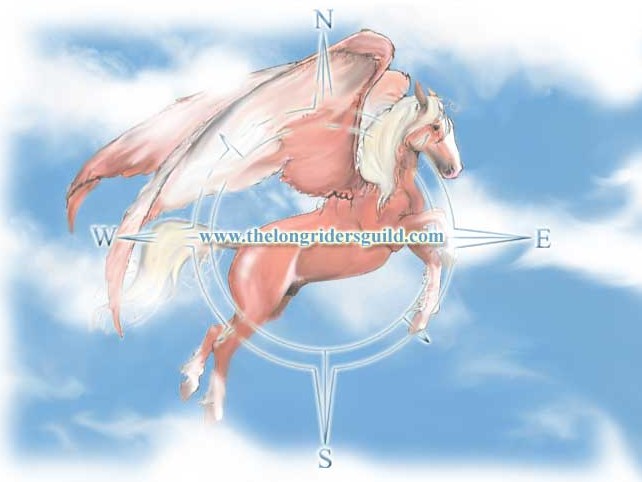 Thanks to my friends at the Long Riders Guild, I’ve been made aware of two fantastic long distance expeditions that are gearing up to get underway, both of which will use horses as an integral part of their journey.

The first of those expeditions will be undertaken by Long Rider Filipe Leite, who is planning to travel 16,000km (9942 miles) on horseback from Toronto, Canada to his home town of Sao Paulo, Brazil. Filipe is calling his expedition the Journey America and he estimates that it will take him roughly 2 years to finish the ride, crossing through 11 countries in the process. Along the way, he’ll be shooting a documentary of his experiences as he travels across North, Central, and South America. He’ll take two horse with him on this trip which is slated to get underway later this spring.

The second expedition isn’t scheduled to begin until May of 2013 but is even more ambitious than Filipe’s journey. Dubbed One Steppe Ahead, this expedition will send Brits Matt Traver and Jamie Maddison on a 30,000km (18,641 mile) journey on foot, bike, rail, and horseback across the Eurasian continent. Their path will follow that of British explorer Howard Bury, who was the leader of the 1921 Mount Everest Reconnaissance Expedition which eventually paved the way for climbers like George Mallory and Sandy Irvine to visit that mountain. Bury’s travels took him all over Asia however, and Matt and Jaime intend to explore much of the same territory, including the Jungar Alatau mountain range, the wilds of Eastern Kazakhstan, remote regions of Russia, and much more. It should be an exciting expedition to follow next year.

Because these two expeditions have the Long Riders Guild seal of approval you know that the horses that they use on these journeys will be treated well and cared for throughout their journey. They are amazing animals that can travel for many miles provided they are treated well along the way. The Guild’s Hall of Shame is filled with the names of other riders who haven’t been so kind to their mounts.

Good luck to Filipe and Matt and Jaime on their respective expeditions. Both should be amazing journeys to follow.

An Introduction by Matt and Jamie from Ugly Monkey Productions on Vimeo.