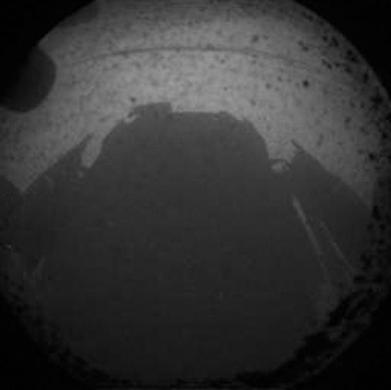 I’d be remiss if I didn’t mention the fact that NASA’s Mars rover Curiosity had successfully touched down on the surface of the red planet yesterday. The robotic vehicle, roughly the size of a small car, descended through the Martian atmosphere, going from 13,000 mph (20,291 kph) to zero in just seven minutes thanks to a powerful rocket and deployed parachute. It will now begin its mission to search for elements that could prove that Mars once supported life.

Why is this such a big deal? Well for starters many people are calling this the most challenging mission that NASA has ever undertaken and the fact that Curiosity landed safely is a huge relief for scientists back home. The rover is also one of the most sophisticated mobile labs ever built and it has far more capabilities than anything else we’ve ever sent to another planet. It also is an indication that we haven’t given up on exploring our solar system in an era when budget cuts and economic issues are really making things difficult.

Curiosity has already begun beaming back the first high definition images from the surface of Mars but it will likely take months or years before the remote controlled robot will be able to reveal anything of significance. Still, its mission has truly begun and it will be interesting to see what it discovers.

The location of touchdown was carefully selected to give the rover an opportunity to peek back in time at Mars’ ancient history. Curiosity landed inside a large crater that has exposed strata from the past. It will proceed to explore that crater and climb up a nearby mountain while making a geologic record of of events that occurred on the planet. What it reveals could have an impact on our understanding of our own planet as well.

The video below is a great animation of what the rover went through on its way to the surface of Mars yesterday. Entitled 7 Minutes of Terror, I’m sure that is exactly what NASA scientists felt while they waited for the news that the vehicle had landed safely and was fully operational.

2 thoughts on “Mars Rover Curiosity Touches Down On Red Planet”