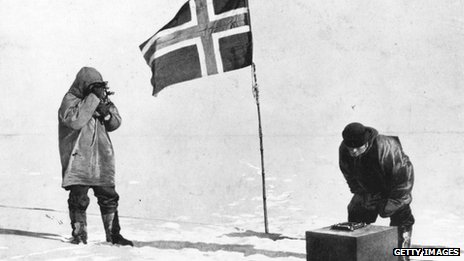 Following yesterday’s announcement that Sir Ranulph Fiennes would be attempting an Antarctic journey to the South Pole in the dead of winter, the BBC today asks what other adventures remain undone? The article laments the fact that satellite imaging and communications technology have taken some of the mystery out of exploration and that in the 21st century most of the remote places of our planet have been visited. Still, they do manage to come up with a list of adventures that have yet to be accomplished.

Some of the suggestions include a climb up Gangkhar Puensum in Bhutan. That 7570 meter (24,835 ft) peak holds the distinction of being the tallest unclimbed mountain in the world. The problem is, climbing ins forbidden on that mountain as the people of Bhutan see it as sacred. The BBC does suggest looking for unclimbed peaks in western China and Tibet however, where plenty of first ascents can still be made. They also note that K2, Makalu and Kangchenjunga have never been skied, although I’d say climbing K2 in winter should sit high on the list of big adventures yet to be done.

The BBC suggests that no one has gone to the North Pole in the dead of winter, but to that I’d say they are wrong. Back in 2006, Mike Horn and Borge Ousland made that journey on foot and without support. It is my belief (as well as that of some polar explorers that I’ve spoken to) that a trek to the North Pole will become increasingly rare in the years ahead as climate changes makes that journey a more difficult proposition.

According to the article, there are a number of “firsts” that can still be accomplished for the adventurous swimmer. For example, no one has completed a swim across the Pacific, although Ben Lecomte is planning on giving it a try. They also list the Straits of Hormuz, Gulf of Aqaba and Le Perouse Strait as all looking for their first swim as well. Perhaps the ocean depths are the next big area for exploration, as much of those areas have yet to be mapped. That requires a great deal of preparation, technology and planning and is not unlike traveling into space.

I thought this was an interesting article although I am of the mind that there are still plenty of adventurous things to do out int his wide world that we live on. The problem is, there is a perception amongst many that unless you’re taking on the tallest or largest target, it really isn’t that impressive. With that I definitely disagree. Besides, adventure is a very personal thing and it means something different to all of us. Finding our own adventures are what really matters.

3 thoughts on “The BBC Asks What Adventures Remain?”