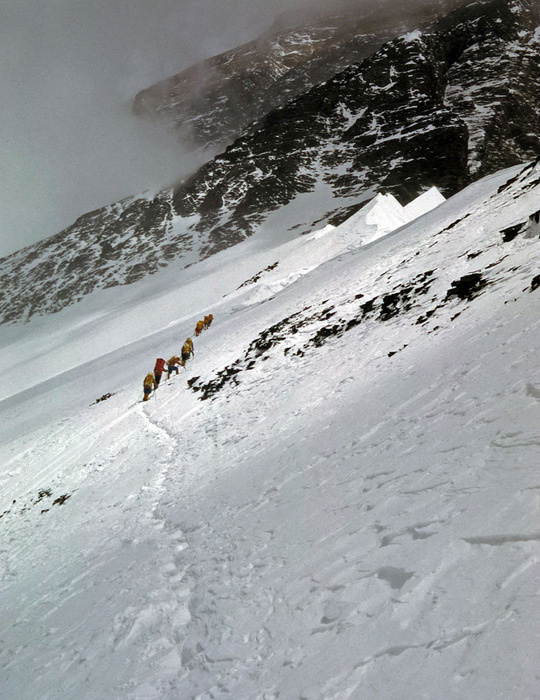 As many of you no doubt know, 2013 will mark the 50th anniversary of the first American summit of Everest (by Jim Whittaker) and the first successful climb along the very challenging West Ridge (by Tom Hornbein and Willi Unsoeld). Over the course of the next few months we’re sure to see plenty of tributes to those accomplishments as the Everest season gets into full swing, but Alpinist magazine is one of the first out of the box with two features stores that shouldn’t be missed.

First, back in January, Alpinist.com featured a great article that takes a historical look what the American team accomplished on the West Ridge. Just getting there was a bit of a challenge and things only got more difficult from there. But climbing in lightweight style, Hornbein and Unsoeld proved that an approach to the summit along that route was possible, despite the hazards. Their story, as told by historian Maurice Isserman, is definitely required reading for anyone who is a fan of mountaineering in general and Everest in particular.

Today, Alpinist has followed up that story with their own article entitled “50 Years on Everest.” This piece discusses the legacy of the West Ridge summit which inspired generations of climbers that followed and encouraged many Americans to go outside and explore the world around us. But the legacy runs even deeper than that, with mountaineering evolving a great deal since that expedition from a half-century ago.

The story also points out that  that even though Hornbein and Unsoeld received the glory, it took a whole team of men to put them on top, something the two mountaineers are quick to acknowledge. It was a real cooperative effort on the part of everyone involved, which isn’t always the case on some expeditions today.

Both are excellent articles and worth a read. Especially as we head into a new Everest season in the weeks ahead.