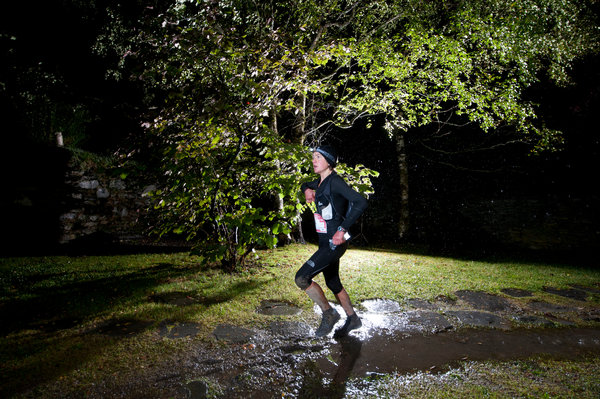 A month ago the New York Times ran a great article on Kilian Jornet that was surely an amazing introduction to ultrarunning for the uninitiated. It seems the “paper of record” isn’t done introducing the mainstream readers to amazing endurance athletes, as earlier this week they also ran an excellent profile of Lizzy Hawker, perhaps the best female endurance athlete in the world today.

For those of you who aren’t familiar with Lizzy, her resume is certainly an impressive one. She has won the Ultra-Trail du Mont Blanc on five separate occasions, and finished first in over 35 other ultra-length trail races. She recently ran from Everest Base Camp to Kathmandu in just 71 hours and 25 minutes, a new personal best for a run that she has done in the past. She’ll run on trail, pavement and track and sometimes logs as much as 150 miles (240 km) in a single week. She was also named a 2013 National Geographic Adventurer of the Year and perhaps most impressively of all, she holds a doctorate in polar oceanography from Cambridge. In short, she’s smart, athletically gifted and very driven.

In the New York Times article, Hawker talks about her first major trail race, the very tough UTMB that she entered on a whim and ended up winning. It was then that she discovered that she had a real talent for running long distances and the rest is history. After that race she accepted an offer of sponsorship from the North Face, but to this day she trains on her own, doesn’t have a coach and doesn’t run with a club. Her own work ethic, instilled in her at a young age, continues to drive her forward and she seems to thrive on the solitude of running in remote places.

For many of you who read this blog, Lizzy is a well known athlete. But for the average person she is a complete unknown. Most have never been exposed to the world of ultrarunning which makes these profiles from the Times extra special. These athletes deserve the recognition that they are getting and I’m glad that mainstream press is sharing their stories, if only to expose them and their sports to a wider audience.