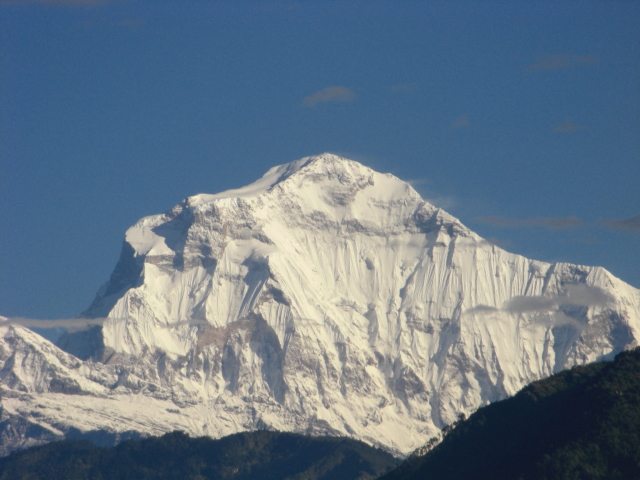 At the end of last week there was a developing story about Catalonian climber Juanjo Garra getting stranded on Dhaulagiri, an 8167 meter (26,795 ft) peak located in north-central Nepal. It seems that while he was descending from the summit following a successful climb, Juanjo’s Sherpa guide, Kheshap Gurung, slipped and fell, dragging him down at the same time. In the fall, Juanjo broke his ankle, preventing him from being able to continue down the mountain and effectively stranding him at altitude.

After the story broke, we learned that Simone Moro was bringing his rescue helicopter to Dhaulagiri to lend a hand and other climbers were en route to help bring Garra down to an altitude where he could be flown off the mountain. Unfortunately that assistance couldn’t get to Juanjo’s position in time and over the weekend he succumbed to his injuries and prolonged exposure, passing away Sunday despite the best efforts of his rescuers. The ordeal was a long one for everyone involved, as Garra and Kheshap spent three days on the mountain without shelter or sleeping bags for protection. Kheshap was able to get down safely and is reportedly being treated for his injuries in Pokhara.

The efforts taken in a high altitude rescue are great but of course extremely dangerous. When the operation was first launched, three Sherpas from Everest were flown to Dhaula and dropped off with medical supplies at 6200 meters (20,341 ft). They were unable to reach Juanjo’s position on the first day however and although they continued up the following day, bad weather prevented them from once again getting to Juanjo, who had been assisted down a few hundred meters by Kheshap.

During the second day, Simone was swept the slopes looking for the missing climber and his guide, but to no avail. He did located a missing Indian climber and helped bring him down the mountain however, so his efforts were still fruitful.

By the third day, a very strong team of climbers had assembled on the mountain to attempt a rescue of Garra. Bad weather once again prevented them from being shuttled up to as high of an altitude as they would have liked, but setting out from Camp 2 they still hoped to be of some assistance Meanwhile, the Sherpas from Everest did finally reach Juanjo’s position where they immediately provided medical aid and much needed food and water. Despite those efforts however, the Catalonian passed away a short time later.

This is a sad story to cap the 2013 Himalayan season on. Like Everest, most of the other mountains in the region are now deserted and for something like this to happen near the end is just tragic. Garra was no doubt feeling good following his successful summit, only to have everything come crashing down a short time later. Surviving for nearly four days at altitude without shelter or food must have been brutal. My thoughts go out to Juanjo’s friends and family int his sad time.

Those that so unselfishly lent a hand to the rescue efforts should be commended as well. They risked their own health and safety to try to save Garra. In addition to the Sherpas, climbers Dominik Mueller, Alex Txikon, Ferran Latorre and  Jorge Egocheaga showed the true spirit of the mountains by trying to assist their fallen friend. It is at times like these when we see how closely bonded the mountaineering community truly is.

Thanks to Asim Gupta for keeping me up to date on all of these efforts the past few days. With the long holiday weekend here in the States, I was away from my computer more than normal. It was sad to receive the final news after following the efforts for several days.