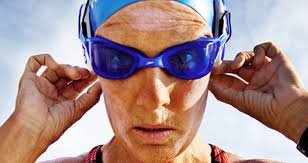 It has been big news – especially here in the U.S. – since yesterday but I’d be remiss if I didn’t mention Diana Nyad’s amazing swim here on the Adventure Blog. On Monday, the 64-year old Nyad became the first person to complete a swim from Cuba to Florida, covering the 110-miles of open ocean in about 53 hours. The epic endeavor began on Saturday at the seawall on Hemingway Harbor in Havana and ended yesterday on the beach in Key West, Florida, where she was greeted by a crowd of onlookers who had gathered to welcome her.

Obviously this is an amazing display of human endurance but in more ways than you might imagine. Swimming for 53 hours straight is incredibly demanding to say the least, as Nyad never left the water once she got underway. She did stop from time to time to get food and water, but for the most part she just kept on pushing forward. But if you know anything about her story, you know that is the way Diana operates. She has been pursuing the dream of swimming from Cuba to the U.S. for 35 years, first making the attempt back in 1978. That attempt was a failure but the idea of completing this challenge never strayed far from her thoughts. In 2011 she revived her plan for making the swim and over the past two years she tried three more times before finally finding success yesterday.

Diana can be an inspiration to us all on a number of levels. Obviously she is quite the endurance athlete and her focus on completing this swim tells us a lot about her determination and toughness. But her ability to grab onto a dream and pursue it until it is done is another aspect of her personality that I find amazing. The Cuba-to-Florida swim was her Everest and she didn’t give up on reaching the summit. There is a lesson in that for all of us for sure.

Congratulations to Diana on finally reaching her goal. What an amazing achievement.