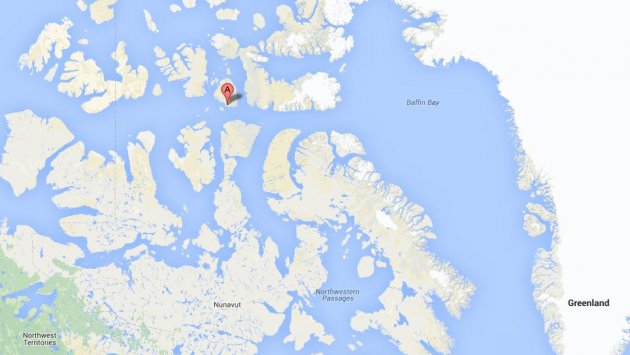 Now that March is here, and spring in the Northern Hemisphere is not too far off, another Arctic expedition season is about to begin. As I write this, several teams are already in Resolute Bay, Canada, which is the traditional launching point for many explorers headed to the North Pole or some other far flung location. If everything goes as expected, the first expeditions will hit the ice sometime in the next few days. But while some of the explorers are eager to get going, one has already had to call it quits and head home.

One of the big expeditions I’ll be following closely this year is Eric Larsen and Ryan Waters‘ attempt to reach the North Pole. The two men arrived in Resolute Bay a few days ago and have been working on getting their gear ready ever since. That includes cutting as much weight from their equipment as possible, prepping their meals for the route, and checking all of their communications equipment to be sure it is in working condition. Once all of that preliminary work is complete, they’ll then coordinate with Kenn Borek Air to get dropped off at their starting point. Exactly when that will happen will largely be determined by the weather. In recent years, large storms have delayed the start of more than a few expeditions, and eventually caused some to be cancelled before they even get underway. Lets hop that won’t be the case this time out.
Also in Resolute Bay at the moment are Mike O’Shea and Clare O’Leary. The two explorers are about to launch their attempt to reach the North Pole as part of their Ice Project. Mike and Clare have already wrapped up their acclimatization and gear prep and are simply waiting to fly. They had hoped to travel to their starting point today, but bad weather has grounded the aircraft. The next weather window won’t come until Friday, so for now they’ll relax and sit tight in Resolute. The hard work will come soon enough.
Japanese skier Yasu Ogita is also preparing to get underway. He’ll be making a solo, unsupported attempt to reach the North Pole. Ogita, who is a veteran of polar exploration, hopes to launch his expedition soon as well, but he’ll also have to wait out the weather before he can begin.
Sadly, one explorer’s expedition is over before it could even begin. Italian Michele Pontrandolfo was in Resolute Bay and was planning on getting underway soon, but his plans have hit a snag. Kenn Borek Air requires their clients to provide a deposit to cover the costs of a potential rescue operation while in the Arctic. As you can imagine, that can be quite expensive. Michele was unable to secure the necessary funds, and as a result won’t be able to begin his journey. He is now preparing to return to Italy without ever getting a chance to attempt to ski to the North Pole. At least not this year. If possible, he’ll return for another season soon however.
If the weather improves over the next couple of days as expected, we should see the start of the Arctic expedition season as early as Friday. Stay tuned for updates and coverage in the days and weeks ahead.