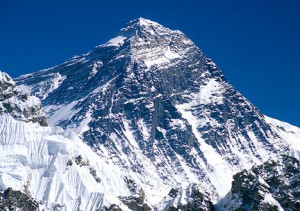 By now, you may be getting a little tired of hearing about the cancellation of the climbing season on Everest, and believe me, I’d rather be writing about the expeditions that are taking place, rather than rehashing the subject. But, this is a story that will shape the way the mountain is climbed in the future, and it continues to play out now, even after most of the teams have left Base Camp and headed for home.

There are some reports coming out of Nepal that western climbers who wished to continue climbing Everest after the cancellation, were threatened with violence by Sherpas. Apparently, they didn’t want anyone going up the mountain, with or without them. Following the announcement of the cancellation, there were as many as four teams that wished to continue, but a vocal minority of Sherpas, possibly backed by the Maoists that hold sway in Nepal, aggressively pressured those teams to leave the mountain and go home.

If these reports are true, there is a dark side to the cancellation that hasn’t fully come out yet. Most of the reports have focused on the Sherpas putting demands on the Nepali government to pressure them into giving the guides better benefits and providing support for the families of those who were killed in the avalanche on April 18. Those are demands that we can all get behind, and something that the climbers have been in support of all along.

This story has been spun as if the conflict was between the Sherpas and the government, with the western climbers caught in the middle. It seems the Sherpas may have turned their ire on foreign climbers along the way as well, which has not been widely reported just yet.

My feeling is that this incident is the straw that broke the camels back, if you will. I suspect there will be significant changes to the climbing season in Nepal moving forward, with the Sherpas receiving better pay and insurance benefits, amongst other things. There has been word of some new measures that could be taken to make the climb safer as well, but we’ll have to wait to see if those rumors materialize.

While I fully intend to focus on the climbers still attempting Everest on the North Side, I will continue to post updates on what is happening in Nepal as well. I have a feeling that will be a bigger story that continues to evolve even after this season is over.

3 thoughts on “Everest 2014: Threats On Western Climbers By Sherpas?”