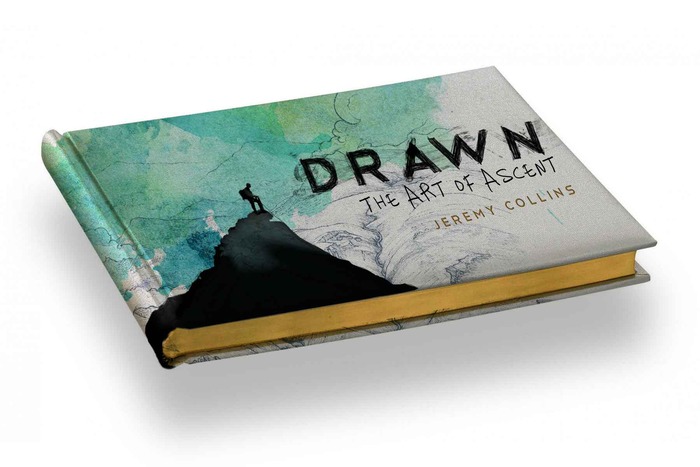 In 2009, climber and artist Jeremy Collins found himself stuck in a cave under Fitz Roy in Patagonia, waiting for the weather to clear enough to give him a shot at the climbing to the summit. While there, he came up with the inspiration to travel in four directions from his home, and climb new routes that had never been done before. He was looking for a new challenge, something to inspire him. Over the next four years, that vision took him to the jungles of Venezuela, the border of China and Mongolia, into Northern Canada, and the Yosemite Valley.  As he went, he collected very personal stories from those journeys, and he filled five sketchbooks with art inspired by those adventures.

Now, Jeremy has published the art from those sketchbooks in a wonderful new tome that is available from Mountaineers Books. He is also about to close a Kickstarter campaign that has earned him enough funds to produce a film of this adventures as well. The campaign still has three days to go until it is done, and while the minimum goal has been met, extra funds will go to improving production.

The story is a very inspiring one, showing us how we can pursue our dreams and go after our goals. Life is an adventure, and this little book, and film, are a testament to how to pursue those adventures. The video below offers a glimpse of what Jeremy has in mind. Looks great!