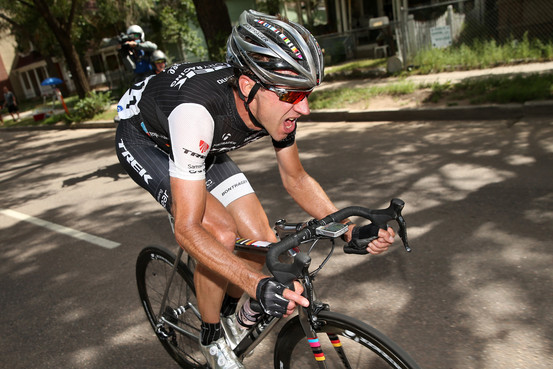 With the end of the 2014 pro cycling season nearly upon us, one of the sport’s most beloved stars is about to say goodbye. But just as he was throughout his career, Jens Voigt will not be going out quietly. Tonight in Switzerland, he will take to the track in an attempt to set a new “hour record” for the  sport that has defined his life for the better part of three decades.

The hour record is basically a cyclist attempting to see just how far he can ride in a single hour. It is set on a track, with a lone rider facing off against the clock. The current record is 30.9 miles (49.7 km), and if he is going to break that mark, the man who so famously told his legs to “shut up,” will ask them do just that one more time.

While riding on a track is easier and more protected than out on the road, racing the clock will not be easy by any stretch of the imagination. In order to have a crack at the record, Voigt will need to push himself to the limit, cranking out a consistent 370 watts, while ignoring the pain and fatigue in his legs – something he has done consistently throughout his career as well.

Once he takes to the track, the hour will certainly be a lonely one. Jens is not allowed an earpiece to give him updates on his progress, although a coach can stand alongside the track to offer encouragement. It will be just him, lost in his thoughts, along with a custom made playlist of songs on his iPod to keep him moving along. That list includes tunes from Metallica, AC/DC, and Black Sabbath, amongst others.

This is a fitting way for Voigt to step away from cycling, and his many fans will certainly be cheering him on. His training has been reportedly very good, and he feels that he has a legitimate chance at setting a new record. How long that record might stand remains a mystery however, as both Bradley Wiggins and Fabian Cancellara have also talked about going for the hour record. Both of those men excel at individual time trials, and possess skill sets that would allow them to do well in the hour record chase.

After this attempt is done tonight, Jens says he is finished with cycling. He has given the sport everything he could, and now it’s time to step aside. He will be missed by his many fans, that much is certain.

Update: And he’s done it! Jens has broken the hour record for cycling. When I originally wrote this piece, he hadn’t yet launched his attempt, but now it is over. The new record is 51.115 km, or 31.76 miles. That translates into 205 laps around the track. Well done and congratulations. The legs can scream all they want now.