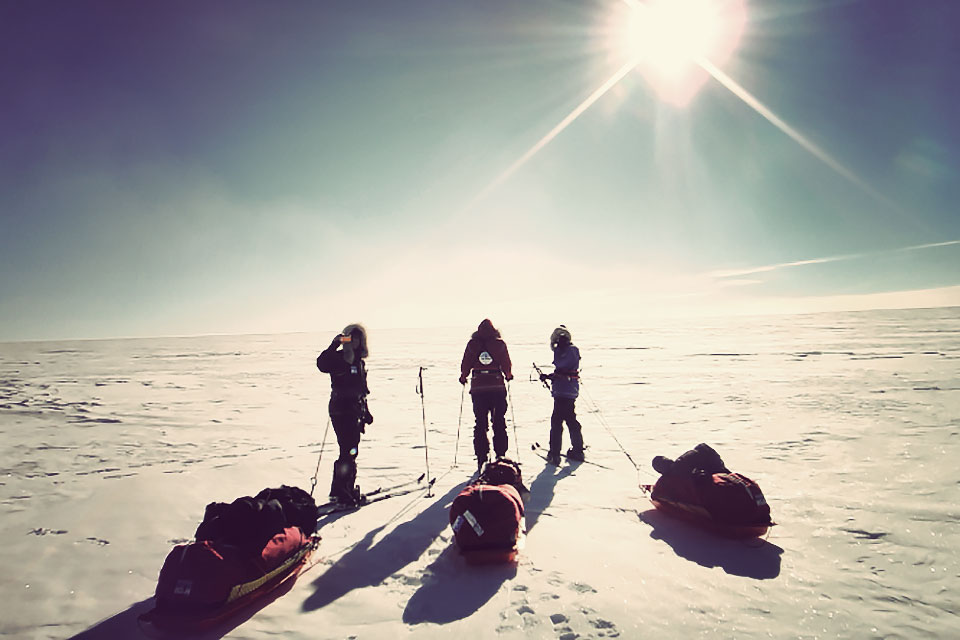 As the fall climbing season begins to wind down in the Himalaya, the attention of the exploration and adventure community will soon turn away from the mountains in a decidedly more southern direction. The 2014 Antarctic season is about to get underway, and at the moment it looks like it is going to be a relatively quiet one.

Starting each November, the austral summer opens a window for travel in the Antarctic, with hardcore adventurers making the long, arduous journey to the South Pole on foot, or attempting to climb Mt. Vinson, the highest peak on the continent. Those expeditions are incredibly demanding endeavors, and they often make for high drama for those of us who follow the proceedings closely. In recent years, there have even been a few ground breaking expeditions that have managed to not only ski to the Pole, but also make the return journey back to their starting point on the coast. For many, Antarctica remains one of the last truly unexplored places on the planet, and while logistically it is easier to get to the frozen continent these days, it still remains a harsh and unforgiving place.

As I write this, teams of explorers, scientists, researchers and adventurers are preparing to head to the Antarctic. Some will be staying at permanent research stations, which will be ramping up their staff as the new season gets underway. Others are preparing to visit more remote locations, as they go in search of new challenges in a place that continues to have an undeniable appeal to explorers, even a century after the first teams reached the South Pole.

There are two locations that offer access to Antarctica – Cape Town, South Africa and Punta Arenas, Chile. Both are used by adventurers heading to the bottom of the world, although Punta Arenas sees more traffic, in part because of Adventure Network International’s (ANI) ability to provide the logistics necessary to get people on and off the continent, and support them in their expeditions. ANI maintains a camp located at Union Glacier, which serves as base of operations in the Antarctic for many private expeditions. That camp is reportedly just about ready to go, as the team has been stocking it withs supplies, and preparing the blue-ice runway that will begin welcoming flights as early as next week.

The first Antarctic adventurers are scheduled to head out on November 4, weather permitting. The past few years, the weather has delayed the start of the season, and it could happen again this year as well. The first few weeks of November can be a bit tumultuous, but South Pole skiers like to hit the ice as early as possible, as every day counts when you’re skiing for hundreds of miles across a frozen desert.

In the days ahead, we will be following the action in Antarctica closely. As in years past, I’ll do my best to share progress reports and updates from the field. There may not be as many expeditions heading south this year, but there will still be plenty of adventures to share. Stay tuned for more soon.